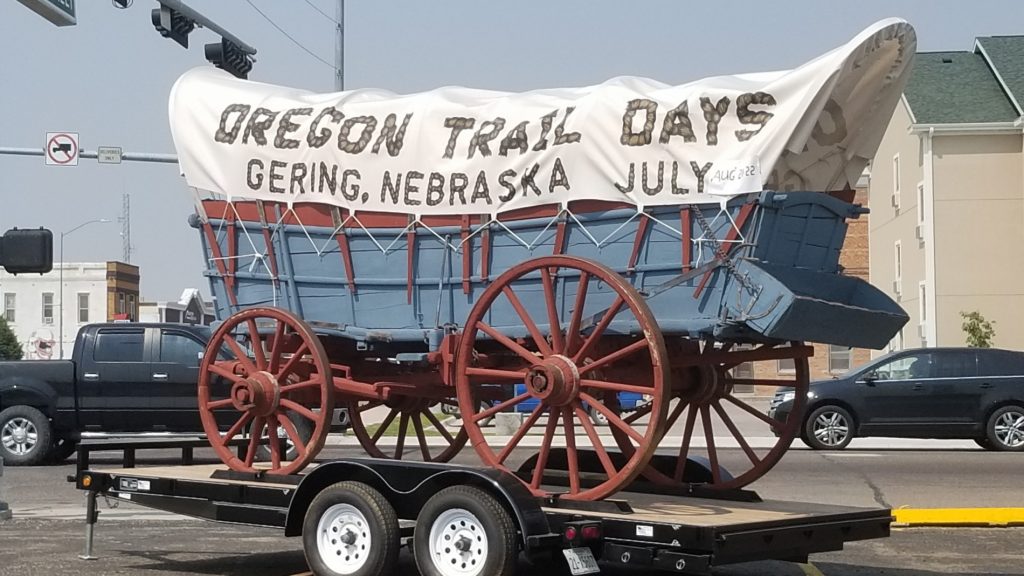 The chair of the Oregon Trail Days Committee says he was very happy with the public’s participation in the 99th annual event that had to be slimmed-down due to the virus pandemic.

Tracey Bentley says while the gathering restrictions prompted by the Directed Health Measures prevented parades and many other favorite events, he was pleased with the reception for those events that could take place.

“We had a good car show, a good art show and a great horseshoe tournament,” said Bentley. “I had to pick up the (PPHD) signs at the craft show and talked with a couple vendors and they said they had a great weekend. So I think it was a good weekend for everybody.”

With the 99th OTD in the books, Bentley says he’s looking forward to next year’s 100th anniversary celebration, and says the committee already has big plans in the works.