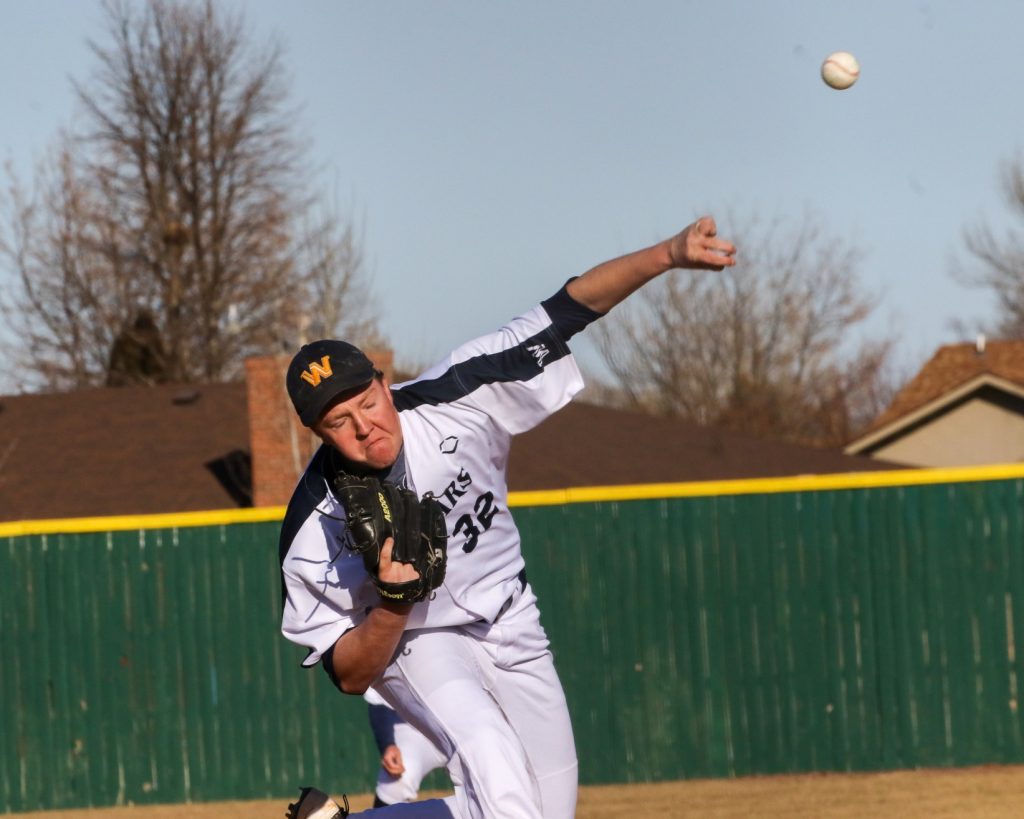 When Chandler Young came to Western Nebraska Community College from Ft. Collins, Colorado, he came to make a difference.

There was no doubt that Young did make a difference.

Young, a pitcher for the WNCC baseball team, picked up three honors at the annual awards ceremony. Young’s biggest honor was an all-college award when he was picked as the Outstanding Student Ambassador.

Not only was Young on the baseball team, his role as an ambassador of the college helped him help other students, current and future. He was honored to have received that honor.

“I appreciate and accept this award,” Young said. “To be an ambassador I got to meet a lot of people. The best part about an ambassador was that I got to share my experiences that made me really like my time here at WNCC. I’d also like to recognize my fellow student ambassadors for being great colleagues and Jolene for being an awesome mentor. “

Young said being an ambassador and part of the baseball team really exposed him to a lot of events.

“Basketball games, soccer games, softball games, and volleyball games were of course the most common events to tend to,” he said. “I think the best was being a part of the WNCC Open House where I got to meet the future students of WNCC.”

That brings up the third honor that Young earned. He was named the baseball team MVP along with his teammate Q Miller. But he said the MVP is more of a team honor as any player could have received it or deserved it.

“To be honest I never really saw myself as an MVP,” Young said. “In my mind, I see that there is always room to improve. No matter how good one thinks they are, they can always get better. Q Miller is an awesome guy to look up to. He shows up to practice early and stays late. It really is an honor to be apart of this award with him. “

Both Young and Miller were sophomores this year and both also graduated. As freshmen, the two helped the Cougar baseball team to a Region IX runner-up finish. This year, the team was looking to finish that unfinished business slogan but never got a chance since springs sports nationwide were canceled March 12 because of the corona virus pandemic.

Miller was batting .265 this season had had six RBIs with two home runs with 13 runs scored as an outfielder. Young only pitched in two games this season and had 16 strikeouts with a 7.20 earned run average through the first month of the season.

Young said having the season end the way it did was hard to take and finishing up classes online from his home.

“These past few months have been really hard. I have made great friendships the past two years, and there wasn’t really time to say goodbye,” he said. “As for baseball, it was a hard and sad time for all of us. We were on a mission to get back into the Region 9 championship game. It’s really sad to know that some guys will not be able to continue their baseball career and that they didn’t know that they just played their last game before the season started. Here, I learned a lesson, to play every game like it’s your last.”

But while Young graduated with his associate degree on Saturday, he will return to redo his sophomore season since the NJCAA and other collegiate sports divisions decided not to charge spring sports athletes a year of eligibility.

Young said he will return to aim for a regional title. Other Cougar sophomore baseball players that are scheduled to return as well according to head coach Mike Jones to redo their sophomore year are Michael Felton, Luis Alcantara, Dermot Fritsch, Matt Womack, and Joey Olson.

“As for next year I will be using the COVID-19 no-eligibility rule to come back to WNCC,” he said. “I started something my freshman year and I plan to finish what I set out to do, which is winning the Region 9 championship game and continuing my degree in engineering.”

Really, though, what this year has taught everyone is anything can change in a heartbeat.

“We have all learned that life can change in an instant,” Young said. “It’s important to not take anything for granted.”