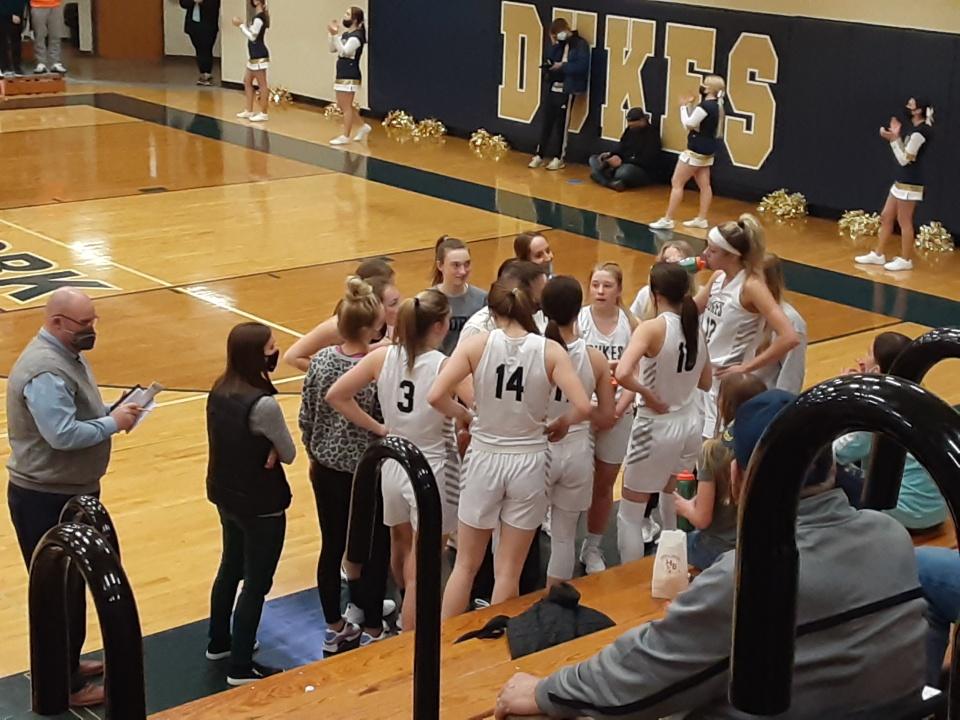 York, NE)  It was a low-scoring, defensive battle Tuesday evening at York High School, but in the end it was the York girls defense that prevailed, holding the Northwest Vikings 20 points below their season average in a 36 -27 win in the finals of the B-6 Subdistrict girls basketball tournament. Northwest led only once, 1-0, as York opened an 11-6 lead after the first quarter. The Dukes stretched their advantage with a strong 12 point second quarter, and led 23-14 at the half. The third period was dominated by defense, as the teams combined for just six points, and the Dukes led 25-18 heading into the final quarter. The Vikings made a move and closed the gap to just 29-27 late in the game, but a timely 3 pointer by Duke star Maddie Portwine sealed the win for York, now 19-3. Portwine led York with 18 points, while Masa Scheierman added four. Claire Caspersen scored 10 to lead the Vikings, with teammate Addie Esquivel scoring eight. Northwest ends their season at 12-11, while York will host a district final on Saturday.
© 2021 Nebraska Rural Radio Association. All rights reserved. Republishing, rebroadcasting, rewriting, redistributing prohibited. Copyright Information
Share: