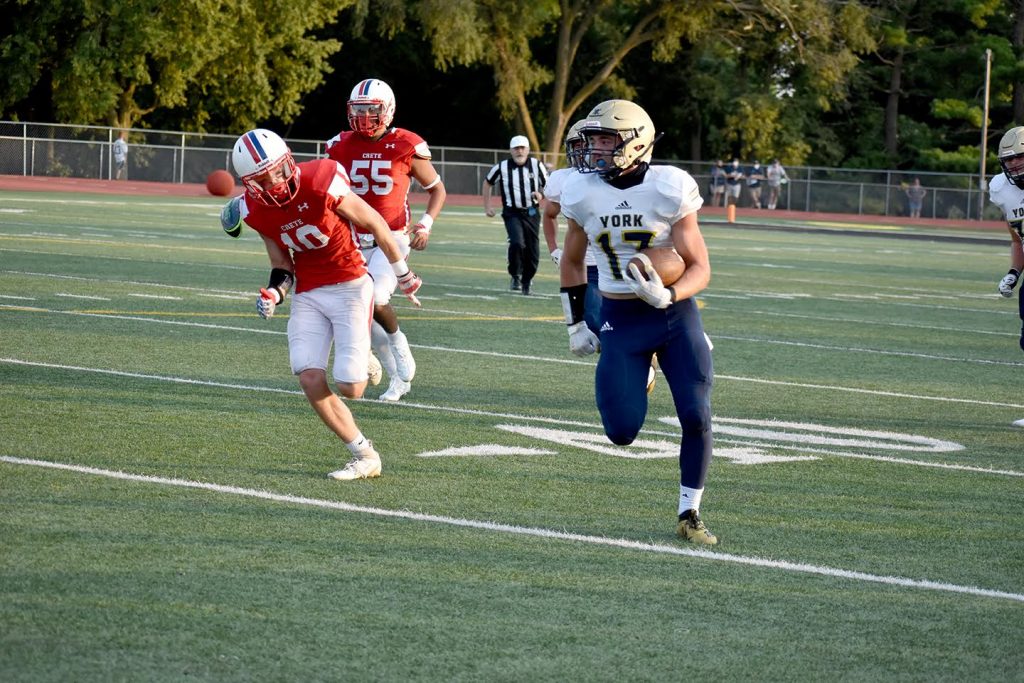 CRETE- After losing seven games in a row last year to end the season, the York Dukes began the new season with a 35-6 win over Crete on Friday night. These two teams battled to end the season last year, and it was Crete who won, but the Dukes were able to get the victory in a big way as the ground attack was their go-to.

York scored on a 47-yard touchdown by Ty Bartholomew run at the five-minute mark in the first quarter and after that, the Dukes never looked back. York used a variety of ball carriers in the game including (unofficially) quarterback Jake Erwin rushing for 117 yards and two scores, fullback Chase Cotton carrying the rock six times for 71 yards and a pair of touchdowns, and Bartholomew with 70 yards on three carries. As a team, the Dukes ran for 321 yards and averaged 8.9 yards per carry. York only threw the ball four times.

For Crete, they struggled on offense only mustering up 166 yards of total offense, which the York defense played a factor in that forcing three turnovers.

York starts the year at 1-0 and will battle Alliance on the road next week and Crete go to McCook next week.