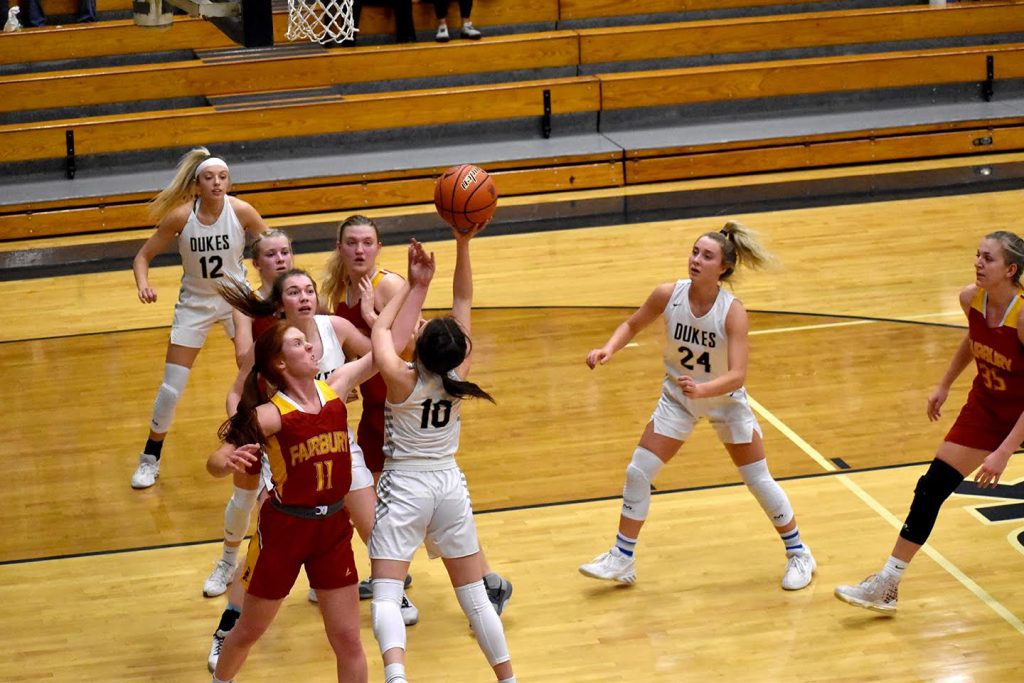 YORK- On Parent’s Night for York, it was Fairbury who came to town and the Dukes and the Jeffs split contests. In the girl’s game, York was able to capture the victory 48-35. It was a tight contest after the first period, including Fairbury leading 12-11, but after that, York took over and used a steady dose of defense to win the game. Unofficially, Maddie Portwine led the way for the Dukes with 15 points.

In the boy’s game, York led 34-33 going into the final quarter, but the Jeffs used a three-pointer from Dylan Starr with 12.9 seconds remaining to capture a 47-45 lead and close things out. Another bucket late led Fairbury to a 49-45 win over York. Jake Erwin had 15 points for the Dukes.