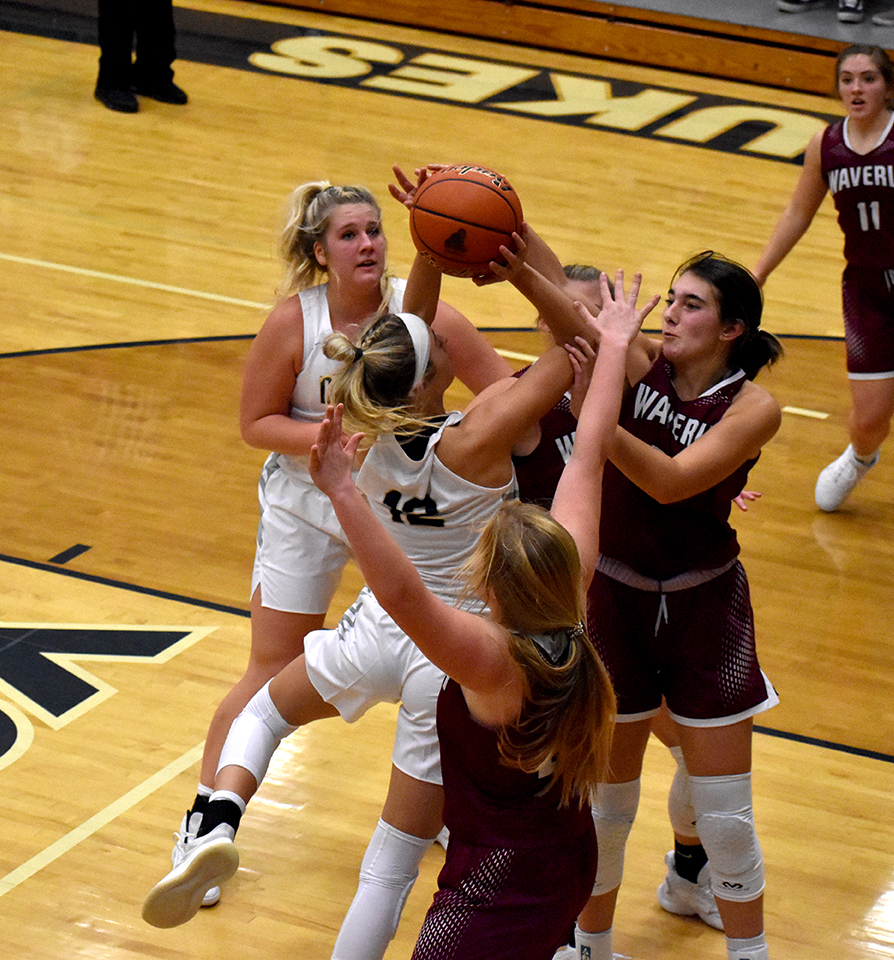 YORK- Thursday night was the home opener for the York Duke basketball teams as they played host to the Waverly Vikings. In the girls’ game, York used their fast-paced attack and came out on top with the final scoring reading 50-26. The Dukes were led by Natalia Dick, as unofficially she had 12 points to lead the way for York. Masa Scheierman poured in 11. York moves to 3-0 on the season, Waverly falls to 0-3.

In the boys’ game, it was all Waverly as they took down the Dukes 52-26. York struggled to turn the ball over with unofficially 18 turnovers in the game.  Matt Haggadone 12 points for York. Waverly moves to 2-1 and York falls to 0-2.

Waverly’s girls and boys will face Blair on Friday.