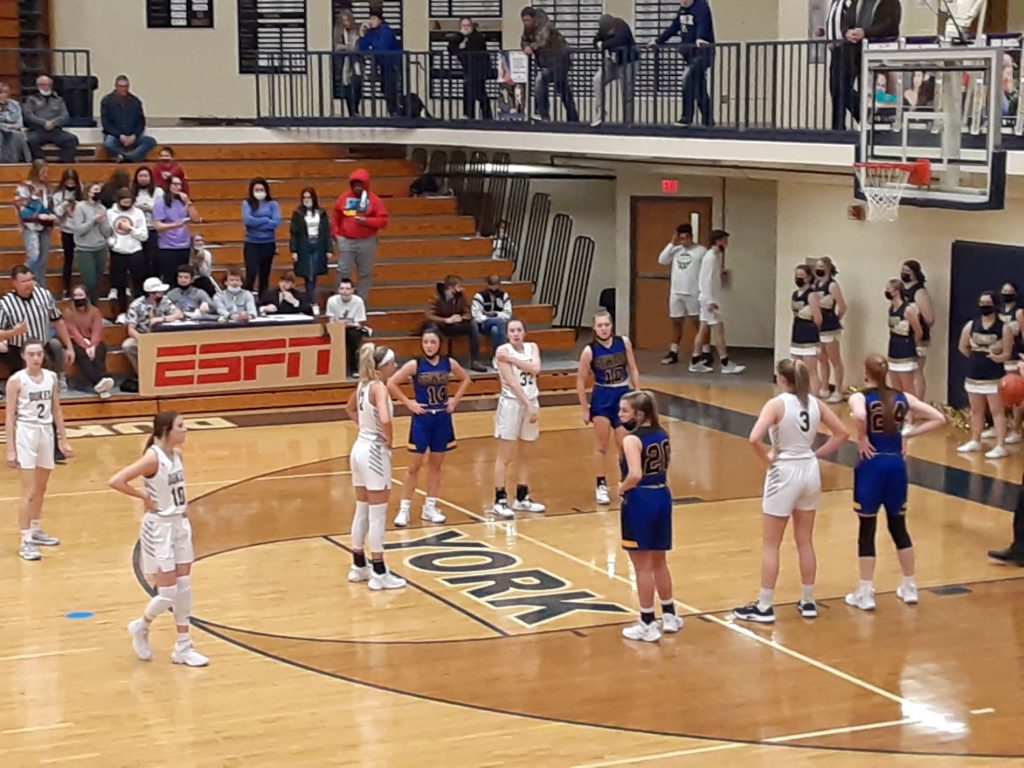 YORK – On Monday, the York Dukes hosted the first round of the B6 girls subdistrict bracket, and the Dukes took on the Seward Bluejays. Much like last Friday’s regular season finale between York and Seward, in Monday’s match the Dukes (18-3) led wire-to-wire over the Bluejays (6-17) and won 50-37.

York moves on in the sub-district bracket, and on Tuesday they host the Grand Island Northwest Vikings. On January 29, the last time York and GINW played, the Vikings knocked off York 55-38.