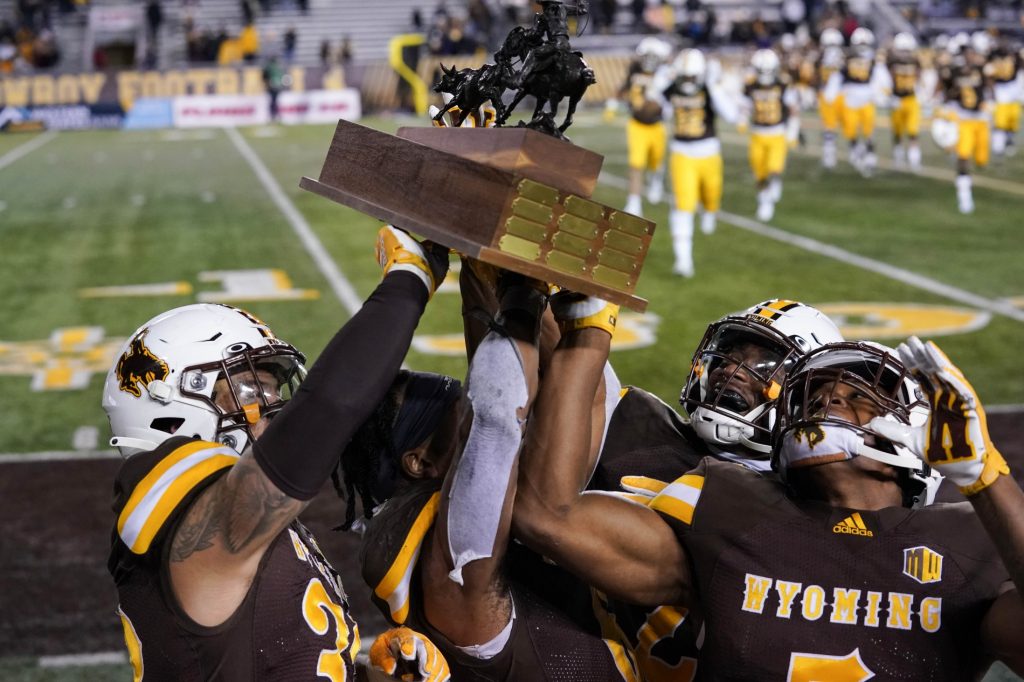 Laramie, Wyo. (Oct. 30, 2020) – The Wyoming Cowboys came out of the gate fast on Friday night in their 2020 home opener versus the Hawai’i Rainbow Warriors. Wyoming’s dynamic rushing attack and swarming defense resulted in the Cowboys recording a 31-7 win over the Rainbow Warriors in the 25th meeting between the two teams. Both teams are now 1-1 on the season. It was the ninth consecutive home win for Wyoming. The Cowboys have a record of 21-6 (.778) in home games since the beginning of the 2016 season.

Cowboy junior running back Xazavian Valladay notched his ninth career 100-yard rushing game and first of the 2020 season. He ended the game with 163 rushing yards on 32 carries. Valladay also caught two passes for 32 yards to end the night with 195 all-purpose yards. The other Cowboy running back who had an outstanding game was graduate transfer Trey Smith, who ran for 89 yards on 20 carries. Both Valladay and Smith each scored two rushing touchdowns.

The defense also forced two turnovers on the night. Junior linebacker Chad Muma recovered a fumble that led to a Cowboy field goal, giving Wyoming a 10-0 lead in the first quarter. Sophomore linebacker Charles Hicks intercepted a pass in the fourth quarter and returned it 47 yards to set up a Wyoming touchdown that extended the Pokes’ lead to 24-7.

A total of 6,232 fans attended Friday’s game. Wyoming improved its record against Hawai’i to 15 wins and 10 losses. It was the 24th time that the two schools played for the Paniolo Trophy. UW holds the advantage in that portion of the series 15 to nine. The overall series dates back to 1978.

Following the game, Wyoming head coach Craig Bohl shared his thought on the game with media over a Zoom press conference.

“Trey (Smith) really ran hard tonight and made some excellent runs. X (Xazavian Valladay) has a unique ability to put his foot in the ground, be allusive and he has great balance,” said Bohl. “To have a one-two punch like that really makes a big, big difference.

“This is one of our trademarks, if we can handle the line of scrimmage, run the football and play good defense that is a winning formula.”

Asked what he saw from his team’s pass defense on Friday vs. Hawai’i that was different from the defense’s performance the week before against Nevada, Bohl responded, “I think we challenged the receivers more tonight. Last week, I thought we were a little bit passive. We were also able to eliminate a lot of their (Hawai’i’s) primary runs and that allowed us to get into some different looks and pressure the quarterback. It was a combination of our coverage and our four-man rush.”

Bohl was asked if the Charles Hicks’ interception felt like a turning point in the game, Bohl said, “I felt like if we could score on that drive it would change the complexion of the game, and it certainly did.”

The head coach was also questioned about the play of redshirt freshman quarterback Levi Williams and whether he felt Williams was more comfortable in Friday night’s win than he was a week ago. “He made improvements,” said Bohl. “There are still things he needs to do to improve his game. But the number of reps he was able to take this week in practice and knowing he was going to play the whole game I think made a difference.”

The Cowboy offense generated 13 explosive plays of 10 yards or more in the win over the Rainbow Warriors — nine rushing plays and four pass plays.

Wyoming began the game with a 32-yard kickoff return from senior wide receiver Dontae Crow, taking the ball out to the Wyoming 38-yard line. Two explosive plays by the Pokes on the opening drive were a 14-yard pass from Williams to junior tight end Nate Weinman and a 21-yard run by Valladay taking the ball down to the Hawai’i 24-yard line. Valladay followed up that with runs of six yards and then 18-yards for a touchdown. It concluded a five-play, 62-yard drive by Wyoming. The PAT by true freshman place-kicker John Hoyland gave UW a 7-0 lead.

On Hawai’i’s second play of its opening possession quarterback Chevan Cordeiro dropped back to pass but when his arm came forward the ball slipped out of his hand and was ruled a fumble that was recovered by Wyoming’s Muma at the Hawai’i 25-yard line. It was the third turnover of the season that the Cowboy defense came away with, and was the second one Muma was involved in. He also forced a fumble at Nevada a week earlier.

The Pokes gained a first down on a three-yard run by Williams and a seven-yard pass from Williams to redshirt freshman fullback Parker Christensen down to the UH 15. But the Cowboys could not move the ball after that and Hoyland came in to kick a 30-yard field goal — his fifth consecutive field goal to begin the season and the Pokes held a 10-0 lead.

The first quarter would end with Wyoming running 22 plays for 122 yards. Hawai’i was held to only 11 plays and 33 total yards.

After the two teams exchanged punts to start the second quarter, Wyoming put together a 17-play, 61-yard drive taking 8:15 off the clock. The big play on the drive was a 26-yard pass from Williams to Valladay. UW had a first and goal at the Hawai’i three-yard line. Valladay lost three on first down and then gained two back on second down. On a third and goal from the four, Williams rolled right to pass but was hit from behind and fumbled the ball. Cowboy offensive tackle Latrell Bible recovered the ball at the Hawai’i 18. Hoyland came in for a 36-yard field goal attempt, but narrowly missed the kick wide right — his first miss of the season.

Hawai’i took over at its own 20-yard line with 3:39 remaining in the half. The Rainbow Warriors proceeded to drive 80 yards in six plays, highlighted by a 47-yard pass from Cordeiro to wide receiver Zion Bowens that took the ball down to the Wyoming four-yard line. Three plays later, running back Dae Dae Hunter, who was split out wide right, came in motion, took a handoff and sprinted to the left corner of the end zone to pull Hawai’i to within three points at 10-7.

Wyoming’s final possession of the half started with 58 seconds remaining in the half. After runs of 13 and two yards by Valladay, the Pokes let the clock run out.

The Cowboys ran 40 first half plays to Hawai’i’s 25, and out-gained the Rainbow Warriors 198 total yards to 132, but UW led by only three points. Valladay rushed for 99 yards on 18 carries in the first half, and he caught two passes for 32 yards.

Hawai’i received the opening kickoff of the second half and drove 58 yards in seven plays. UH place-kicker Matthew Shipley came into the game with a chance to tie the game, but missed a 44-yard field-goal attempt wide right.

Wyoming and Hawai’i would exchance punts on the following two possessions. On their second possession of the third quarter, Cowboy quarterback Williams connected with wide receiver Crow on a beautiful soft touch pass for 25 yards with Hawai’i defenders in Williams’ face as he let the pass go. That completion moved the ball to the UW 47-yard line. From that point forward, Wyoming leaned on the running game with seven consecutive rushing plays, including long runs of 10 yards by Valladay and 12 yards by Smith. Smith would eventually carry the ball into the end zone from one yard out on the 11th and final play of the 75-yard drive to put Wyoming up 17-7 to end the third quarter.

UW was on a five-play drive entering the fourth quarter, but on the sixth play Valladay was hit by cornerback Cortez Davis, who knocked the ball loose, and linebacker Quentin Frazier recovered the fumble at the Hawai’i 11-yard line. Hawai’i had to punt five plays later. That was followed by a Wyoming punt.

The Rainbow Warriors picked up a first down on its next series. Then on a third and 10 on the Wyoming 43, UH quarterback Cordeiro looked like he was going to connect with one of his receivers but the ball popped up in the air and that is when UW sophomore linebacker Hicks intercepted the pass at the Wyoming 36 and returned the interception 47 yards to the Hawai’i 17. Four plays later, Valladay carried the ball into the end zone for his second touchdown of the night to extend Wyoming’s lead to 24-7

The Cowboys had one more scoring drive in them on the night. Following UW’s fifth sack of the night on a fourth down and nine, Wyoming took over on downs at the Hawai’i 38-yard line. The UW offense ran eight straight running plays in its final drive of the game, capped off by a two-yard TD run by Smith to make the score 31-7 with only 1:48 remaining. That is the way the game would end.

The Cowboys will be on a short week this coming week as they will travel to Fort Collins, Colo., for the 112th edition of the Border War with rival Colorado State on Thursday, Nov. 5. That game is scheduled to kick off at 7 p.m. and will be televised on CBS Sports Network and broadcast on radio over the Cowboy Sports Network. Colorado State will not be allowing fans at next Thursday’s Wyoming-Colorado State game. 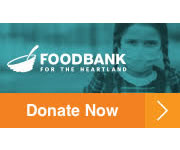