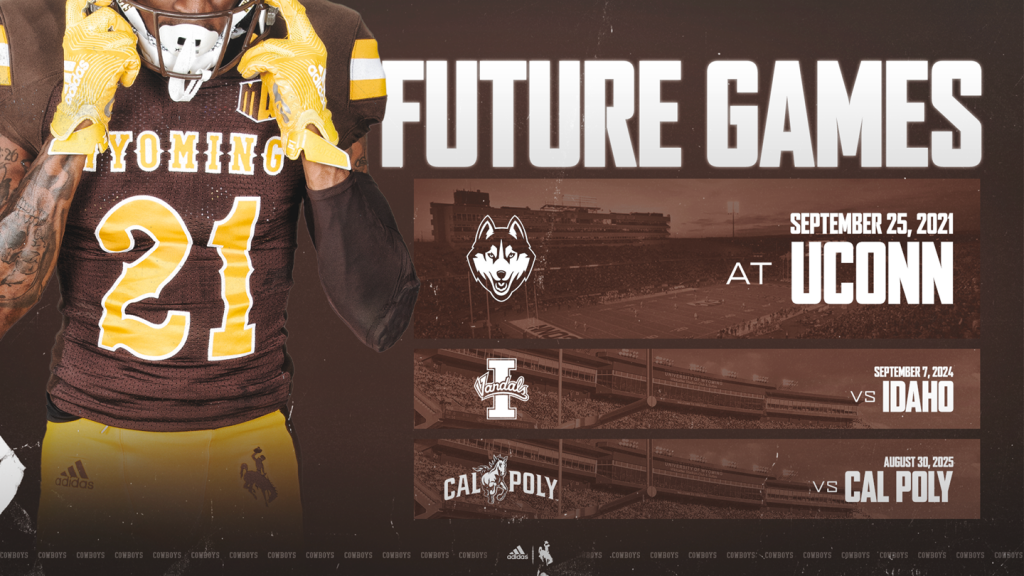 (Photo courtesy of the University of Wyoming)

Laramie, Wyo. (May 27, 2020) — The University of Wyoming and University of Connecticut athletics departments have agreed to play a single football game in East Hartford, Conn., on Sept. 25, 2021. It will be the first meeting between the two teams.

The contest against the Huskies takes the place of the Cowboys scheduled contest at Clemson on Sept. 25 2021. Clemson canceled the contract to play the Cowboys for payment amount of one million dollars. With the cancellation of the contract, the Cowboys were released to enter a football agreement with UConn during the 2021 season.

The addition of UConn to Wyoming’s 2021 schedule completes the Pokes’ non-conference schedule for that season. The Huskies, formerly of the American Athletic Conference will be an Independent affiliate of the NCAA in football beginning this upcoming season.

Below are Wyoming’s future football schedules. All future schedules are tentative and subject to change.