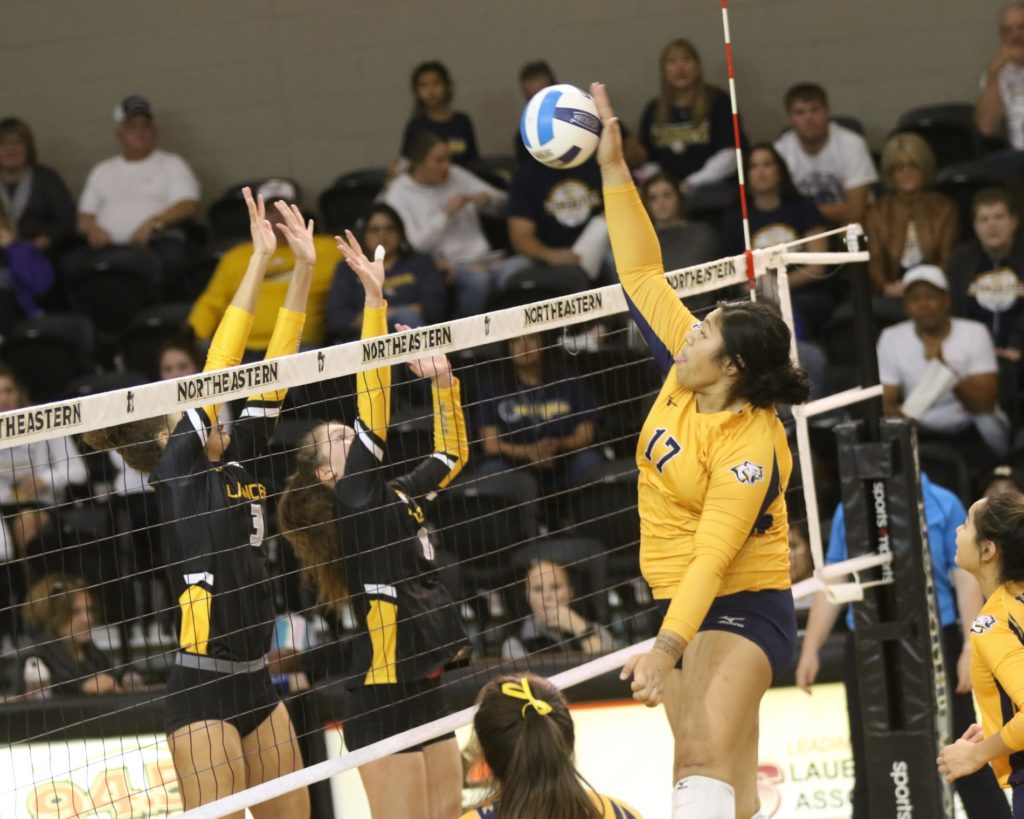 What Leslie Mamai-Lagafuaina accomplished in her two years at Western Nebraska Community College came full circle when the 6-foot-3 middle hitter from Alea, Hawaii, was named a NJCAA Division I Second Team All-American earlier this month.

The honor was something that holds a special place in her heart, considering she knows how much she has improved from her freshman to sophomore year.

“In all honesty, being a second team NJCAA All American means the world to me because I’ve grown so much as an athlete and come so far compared to the player I was last year,” she said. “I am proud and thankful for this opportunity because I get to not only represent my teammates, my coaches and last but not least Western Nebraska.”

The sophomore season that Mamai-Lagafuaina had was one she won’t forget. The middle hitter said it was one of her best.

“This year our season, in my opinion, was one of the best for me,” she said. “From the moment we all arrived, we met so many new faces and discovered all kinds of different cultures. We all grew an unbreakable bond with each other and played like a team on the court. We had a bumpy turn towards the end but our girls stuck together and remained strong for Coach Binny [Canales]. This season will definitely be memorable.”

“I’ve grown so much as an athlete here at WNCC,” she said. “Last year was pretty tough for me, so this year coming into my sophomore season, I automatically changed my mindset and became a leader that Coach Binny and my teammates needed to have a great season.”

Now that Mamai-Lagafuaina has finished her sophomore year, the toughest part is yet to come and that is where will transfer to.

“Now that my sophomore season is over, I will be planning on transferring to a different school to further my education and continuing playing the sport that I love,” she said. “The recruiting process is still in process but you’ll see towards the end of the year.”

As for her time at WNCC, she has enjoyed her two years on Nebraska.

“From my freshman year to my sophomore year, I’ve learned so much as a student athlete,” she said. “I am grateful that I get to represent WNCC as a NJCAA second team All American but I wouldn’t have done it without the love and support from my teammates, coaching staff and of course my family and friends. My sophomore season has been a great ride and I wouldn’t trade it for the world.”