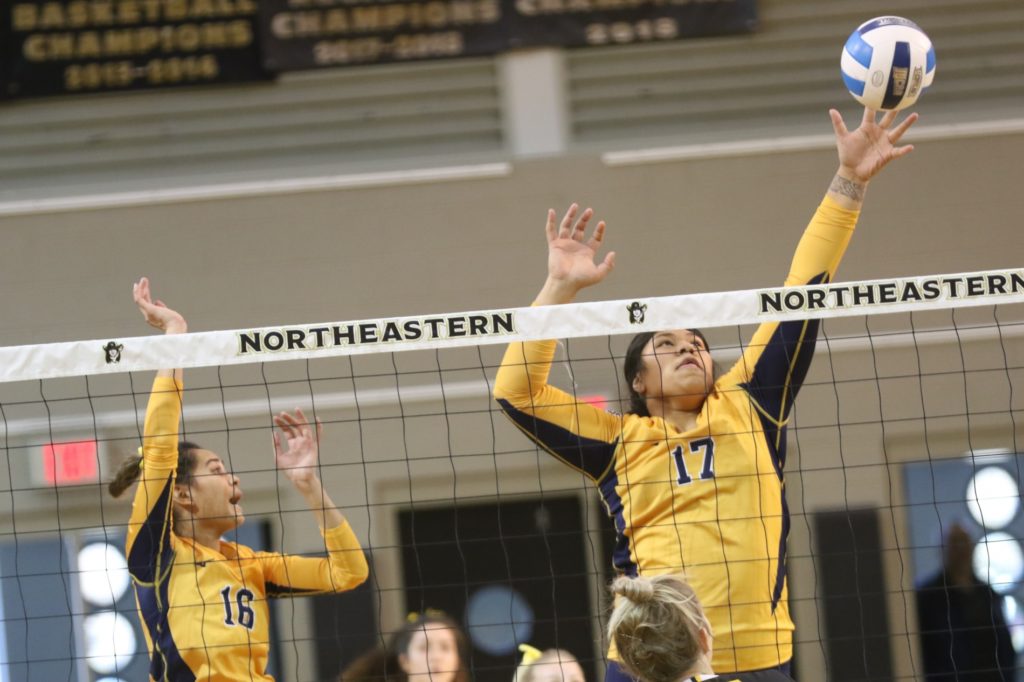 Mamai-Lagafuaina was named the honorary captain of the JUCO team after a stellar sophomore season.

Mamai-Lagafuaina’s season was outstanding with many honors. The 6-foot-3 sophomore middle hitter from Hawaii, finished the season as a NJCAA second team All-American. Mamai-Lagafuaina was named the Region IX South Player of the Year well also being named to the Region IX All-tournament team.

Mamai-Lagafuaina finished the year with 408 kills, 20 assists, 24 aces, 58 digs, 53 solo blocks, and 121 total blocks. Was named the NJCAA Player of the Week twice, once as Offensive POY and also as Defensive Player of the Week. She was 42nd in the nation in Division I in kills per set and ranked 27th in total kills.

Mamai-Lagafuaina’s teammate Karen Cordero also earned First Team honors for her outstanding play. Cordero, a 5-9 freshman from California, was the Region IX South Freshman of the Year, while also earning a spot on the Region IX All-Region team and the Region IX all-tournament team team.

Cordero finished with 449 kills, 13 aces, 55 aces, 275 digs, 28 blocks. Played all six rotations. Season high 26 kills in a win over LCCC on Oct. 8. Karen ranked 27th in NJCAA Division II in kills per set this season and ranked 12th in kills in a season in Division I.

Northeast, who reached the NJCAA Division II national tournament for a second straight year, was led libero Josie Sanger, a freshman from Crofton, who was a second-team NJCAA Division II All-American. Sanger was the first Hawk to be an All-American in program history. Sanger broke the school’s single-season record for digs with 829.

Northeast sophomore hitter Elley Beaver also was on the team.

McCook landed two on the team as well. Freshman hitter Fernanda Canedo earned a spot on the team as a hitter, while libero Kierra Barr earned First Team honors as a defensive specialist.