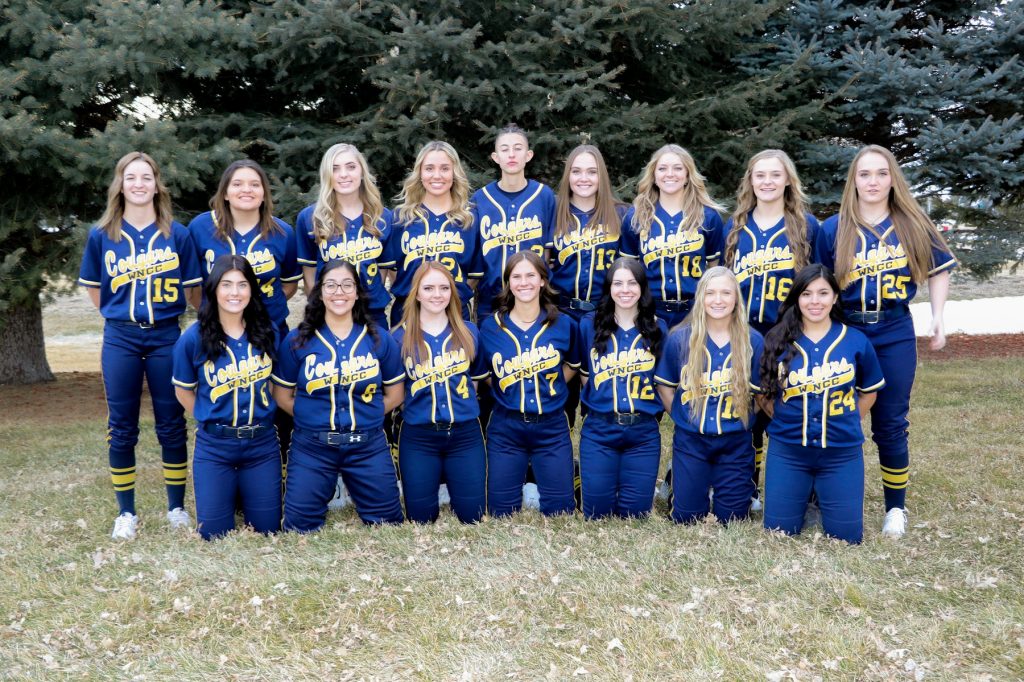 When everything was set and done, the WNCC softball team had plenty of honors. Sidnee Hogan, a sophomore from South Jordan, Utah, was a part of three of four honors that were bestowed upon the softball team.

Hogan and the entire team earned one of the bigger honors, capturing the Athletic Team GPA honor. The team has won this award 12 of the last 16 years.

“I think every year we expect to have the best grades, but we go through a little speed bump in the middle of the fall around midterms to realize that we need to get our grades back,” Hogan said. “Coach [Katelyn Groves] holds us to a high standard and doesn’t expect anything except for us to have the best grades on campus.”

Hogan also picked up two more honors. The sophomore first-baseman was named the Residence Life RA of the Year. She was also was honored as one of three players to be named a MVP for the softball team alongside freshmen Cortney Rhees and Maizie Clark.

The other honor went to the Unsung Hero Award as Sam Davis picked up the distinction along with four other Cougar athletes including volleyball’s Gabriela Canavati, baseball’s Chandler Young, soccer’s Caroline Vieira, and women’s basketball’s Yuliyana Valcheva.

The WNCC community nominated recipients for different honors and a award committee then put together the winners.

Hogan said the RA of the Year was a big surprise to her and it was something she really enjoyed doing.

“I was honestly surprised I was told I got RA of the Year. I didn’t think I would get it at all, it’s something I’m proud of,” she said. “Being an RA there is always something to do. I think the hardest parts were trying to switch the phone during practices, but I had such a good RA team that we all took care of each other when we needed the phone to switch off. I had fun as an RA because you get to have more of a relationship with the staff of campus because you are a part of it. You know more people on campus and you get more trainings that will help me get jobs in the future.”

As for being one of the three players to be named an MVP this year, which happened to be a new award that was added this year, she said it really could have gone to any number of players.

“I honestly think that being picked MVP can go to anyone,” she said. “It’s humbling to get this but I think so many girls were deserving of it as well. I don’t think it’s ever anyone’s goal to go out and get something like this, I was just out there trying the best I could to help my team be the best we could be.”

All three MVP winners had good seasons going when the season was canceled on March 12 because of the corona virus pandemic.

The two freshmen were also having good seasons along with other players. Rhees was leading the Cougars in batting average at .422. She was among the leaders on the team in doubles (5), home runs (2), and was tied in RBIs (9). Rhees struck out just twice during the early season in 45 at bats. Rhees was an outfielder for the Cougars.

Clark was the starting second baseman and had 32 putouts and 25 assists in the shortened season. Clark was batting .292 on the season in 14 games while tied with Rhees with nine RBIs this season. Clark also had four doubles and one triple in her 14 games played.

Sam Davis’ Unsung Hero Award was an honor that showed what she meant to the team. Davis was having a strong sophomore season as the starting third baseman. Davis was batting .268 on the season with a team-leading three home runs. She also had five RBIs and six runs scored.

While all six sophomores graduated with their associate degrees, they do have the option to come back and play again because of the cancelation of the season and the NJCAA ruling that spring sports’ athletes would not be charged a year of eligibility.

Hogan said she is in limbo of what to do next year.

“I still have no idea what I’m doing next year because of all of this COVID-19,” she said. “It is hard not being around my classmates because I learn better when I get the chance to interact with others.”