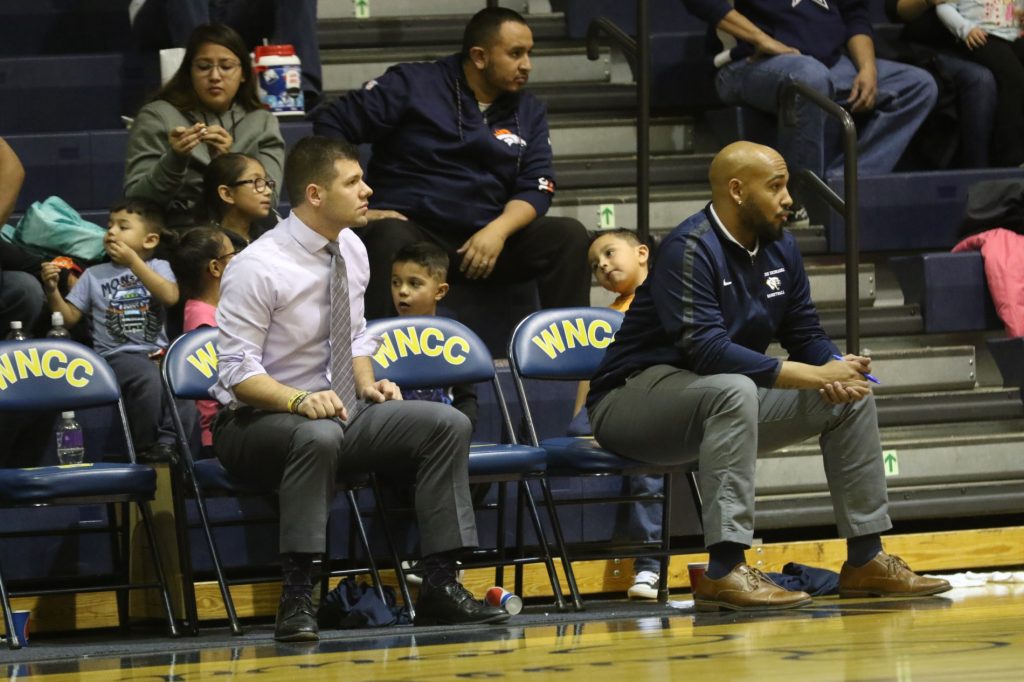 But after weeks of thinking it over, Baez decided to take the offer of an interim assistant coach at Laramie County Community College with the men’s basketball program.

The decision to leave WNCC, where he has served as an assistant coach the last four years, wasn’t an easy one.

“No, it wasn’t easy,” Baez said. “At first it was something I had to sit down and think about it and get together with my family to make sure it was a good decision for everybody. I also had to sit down with Coach Cory and see what he thought about it. It was like a month process. It was not an easy process.”

Baez heads to LCCC to serve as an assistant to interim head coach DeWayne Saulsberry, who was hired in March to fill the men’s basketball coaching vacancy with the Golden Eagles.

According to Saulsberry, Baez provides significant energy to the Golden Eagles program. “He brings in a winning attitude that our program needs,” Saulsberry said.

Baez said he has a lot of respect for Saulsberry.

“Dwayne is a good person. I like him a lot and he kept his word,” he said. “He called me after day one after he had got the job and said I was his guy.”

Baez heads to Cheyenne after being at WNCC the last four years, where he helped with all aspects of recruiting, which is one of key factors for Saulsberry adding him to the coaching staff. Baez also organized the community service for that program and maintained its social media presence. Baez was a part of WNCC’s first Region IX title in 17 years and helped move nine student athletes onto four-year institutions.

During his time at WNCC, Baez was part of the coaching staff that helped the Cougars capture a Region IX title in 2018, the team’s first regional title since 2001.

“Honestly, the reason I did the volleyball thing a couple years ago was to help out Binny because I knew he didn’t have an assistant,” he said. “And baseball, I have a really good relationship with Coach [Mike] Jones and [Ryan] Burgner, so helping those guys was a no brainer for me.”

As a student, Baez played basketball at Dakota College at Bottineau in North Dakota. He completed his playing career and obtained his bachelor’s degree at Dickinson State University, also in North Dakota.

Baez, who came to the Midwest from Miami, said he likes living n the Midwest.

“I am a Midwest guy for sure,” he said. “I never in a million years saw myself living in the Midwest, but I actually love it and appreciate it a lot. It is a lot safer and a lot better from where I come from.”

In the future, Baez is not ruling out being a head coach, but he said he wants to be the best assistant coach to offer the program.