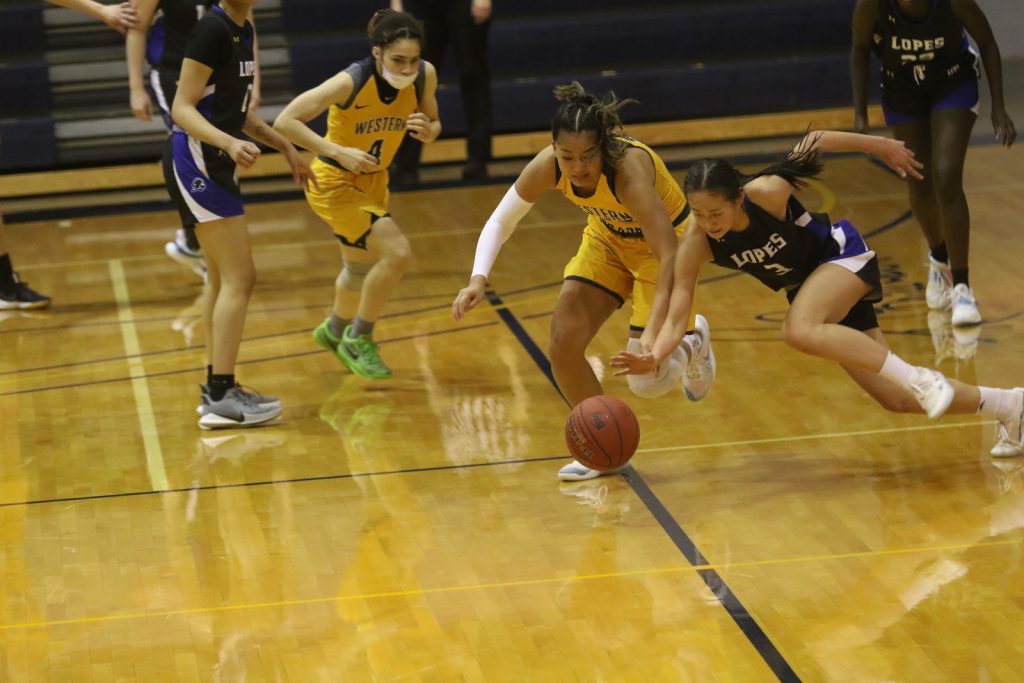 Ashley Panem and Ky Buell each had a double-double and the 17th-ranked Western Nebraska Community College women’s basketball team used a strong second half to earn a 67-53 win over Lamar Community College Thursday at Cougar Palace.

It was the first time the Cougars played at home since Feb. 24 and it was a big win for the Cougar women according to Buell.

“I think we played OK,” she said. “We are starting to find our groove after coming back from the break that we had. I still don’t think we are where we need to be. We are going to keep working and keep pushing, but we still have work to do and that is what we are going to do.”

After the Cougars fell twice last week to Otero and McCook, this win is a big momentum boost to lock up a first-round bye in the regional tournament. The top two seeds in the South sub-region will get a bye and WNCC is fighting for the second seed.

The first half wasn’t the best played by either team. WNCC jumped out to a 10-4 lead and then watched Lamar outscore the Cougars 11-4 the rest of the first half to hold a 15-14 lead after one period.

The second half was where the Cougars started to flex their talent. Lamar did go up 36-35 on an underhanded lay-up. IT was then the Cougars stepped up, going on a 9-0 run that included back-to-back 3-pointers by Buell for a 44-36 lead. WNCC led after three periods 46-40.

Alejah Douglas also had 10 points for the Cougars while Cook and Johnson each had eight points.

WNCC will be back in action on Tuesday when they host Otero Junior College in a 4 p.m. contest at Cougar Palace.