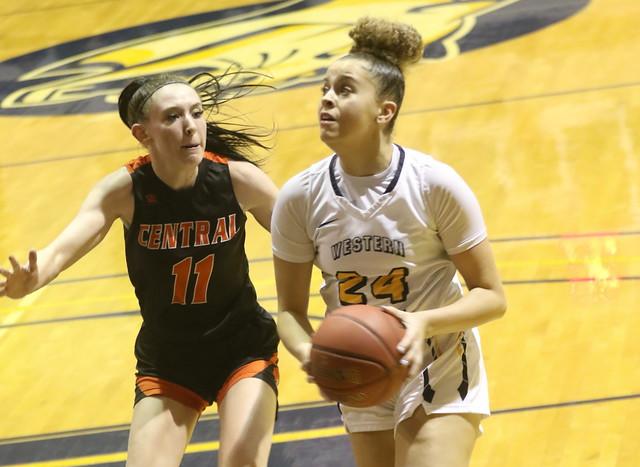 The 115 points scored by the 15th-ranked Cougars is the seventh highest in school history. WNCC scored 115 in 2015 against Adams State junior varsity and 115 points in 2018 against McCook. The most points scored in a game came in 2004 when the Cougars scored 126 against Johnson and Wales.

The Cougars had a slow start only leading the Rusters 27-8 after the first quarter.

It was what they did in the second quarter that turned the game around, scoring 34 points while holding Central to just three points to lead 61-11 at halftime.

The Cougars, on the other hand, shot 61 percent for the game and busted out in making nine 3-pointers. Payton Fields had the hot hand from beyond the arc, sinking 5 of 6 long-range bombs for her 17 points.

Ky Buell led the Cougars in scoring with 18 points with two treys.

Also hitting the double figure mark included Lidsey Mahoukou and Alejah Douglas each with 15 points and Ashley Patton with 12 points.

Douglas led the way with eight rebounds while also getting nine steals.

WNCC, 3-0, will be back in action Tuesday when they host Eastern Wyoming College. WNCC will then host College of Southern Idaho on Thursday.