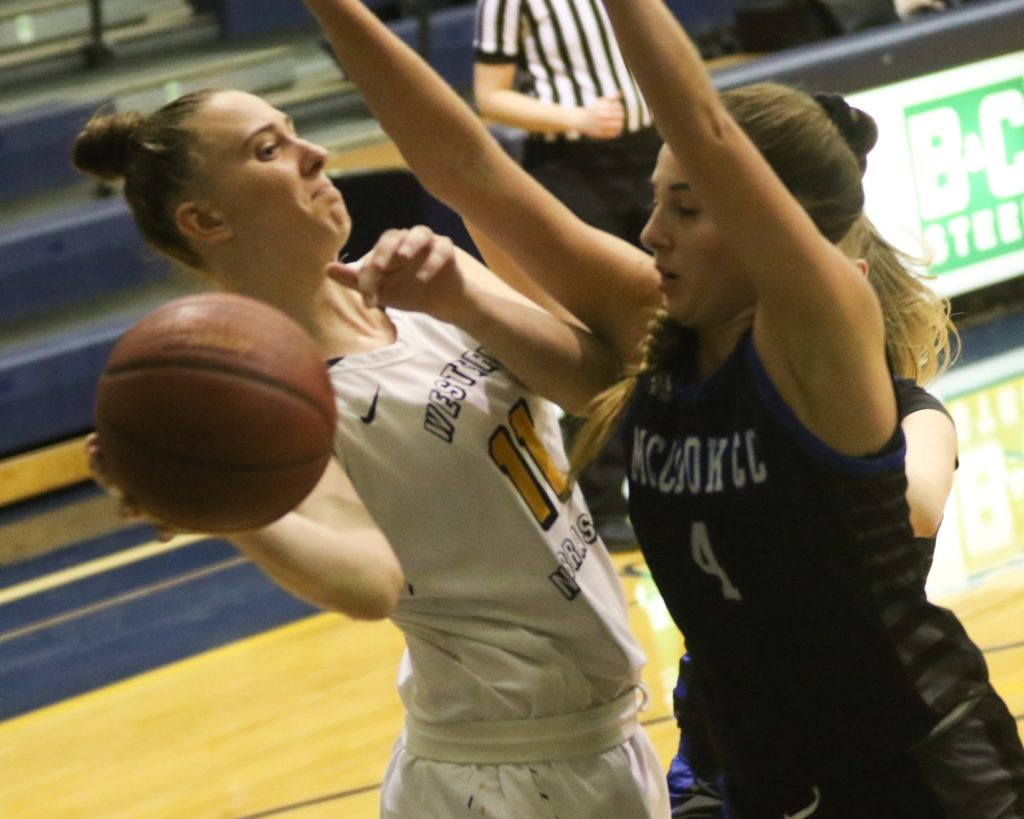 The Western Nebraska Community College women’s basketball team is quietly putting together a solid season with one of its highest rankings in school history since 2005.

The Cougar women’s climb to the No. 3 ranking, which was announced on Monday, has been a slow climb, where they started the season at No. 17 and moved into the top 10 on Dec. 2. The Cougars climbed to No. 1 in the nation back in February 2005.

The ranking is the highest by a Region IX team since Casper was ranked No. 4 back in 2012.

WNCC head coach Chad Gibney said it is nice the players are getting recognition for their play on the court.

“it is pretty neat for our girls to be recognized for the season that we are currently having,” Gibney said. “We are hoping to continue to improve and to keep heading in the right direction.”

WNCC will put its ranking and its 16-game winning streak on the line this week with two home contests. WNCC will entertain Trinidad State Junior College on Tuesday before facing Otero Junior College on Friday. Otero is 14-3 on the season. Both contests start at 5:30 p.m. with the men’s game to follow.

Gibney said his team needs to continue playing tough as every team that comes into Cougar Palace aims to beat WNCC.

“Trinidad is certainly much better than their record shows,” he said. “We will have to make sure we play our style of game and do not overlook anybody.”

Gibney said they don’t look too far ahead on the schedule, they want to take things one game at a time. The team’s full attention is on Trinidad State right now.

“We just try to take things one game at a time,” he said. “We have to make sure we can beat Trinidad on Tuesday and then we will start to worry about Otero as they have had a very, very nice season and undefeated in region play.”

A big asset to the Cougars ranking is their win streak, which has climbed to 16 straight. The Cougar women are averaging 83.3 points a contest and allowing just 59.2 points a contest.

WNCC is led by Tishara Morehouse, who is 8th in the nation in scoring, averaging 21.6 points a contest. The Cougars also have Yuliyana Valcheva scoring 12.1 points while Lidsey Mahoukou and R’Manie Pulling are netting 10.5 and 10.2 points respectively.

The Cougars bread and butter is a balanced scoring attack from inside and outside. WNCC is shooting 42.1 percent from the field and 32 percent from beyond the arc. WNCC has buried 161 treys this season, led by Morehouse with 52 3-pointers.

The defense is not too shabby either. WNCC is limiting their opponents to 34.8 shooting from the field and have given up just 96 3-pointers on the season (25.8 percent). WNCC is the only Region IX team giving up less than 100 treys a game, giving up just 96 treys in 19 games played.

The Cougar men will also battle at home two sub-region opponents this week in the same opponents as the women.

WNCC is sitting third in the south sub-region at 2-2 and 12-7 overall. Northeastern Junior College leads the sub-region with a 4-0 record (14-6 overall), while No. 7 Otero Junior College is 3-0 and 19-1 overall. WNCC will battle Otero on Friday.

The winner of the men’s south sub-region will host regionals so winning the sub-region is important step in getting to the national tournament.

WNCC is coming off a huge win over McCook Community College last Tuesday 101-80 behind balanced scoring. WNCC is averaging 93.2 points a contest and had scored 90 points in all five games in 2020. The Cougars have hit the century mark in three of the last four contests.