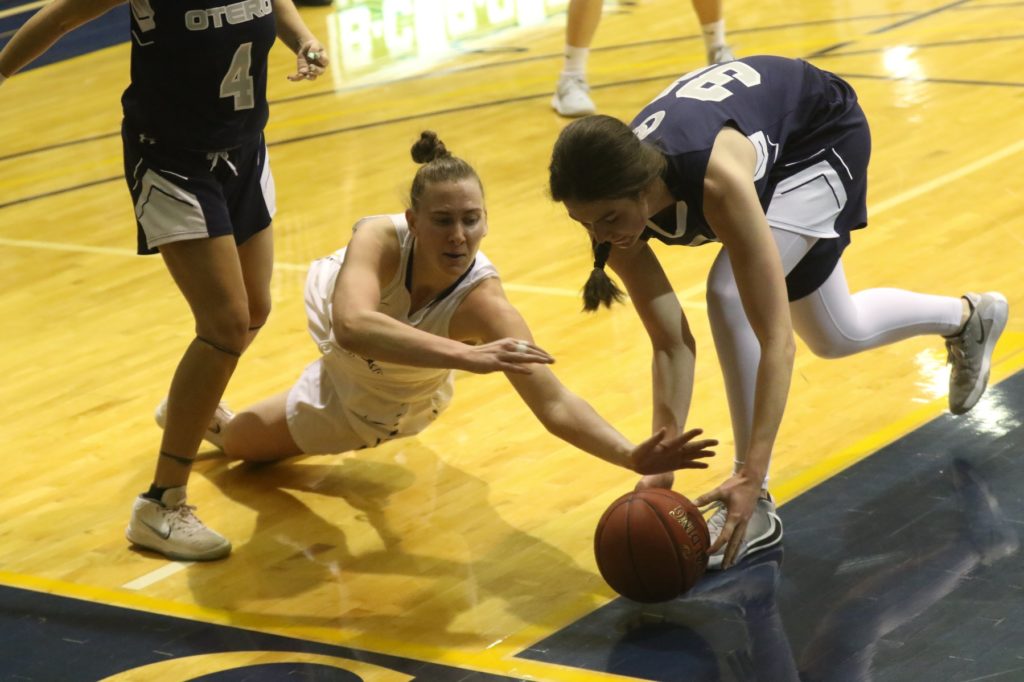 The win was the Cougars 20th straight and moves the Cougars to 22-1 entering a big South sub-region contest against Northeastern Junior College on Thursday at Cougar Palace. Thursday’s game is the last regular season home game.

EWC falls to 14-11 and snapped a 5-game winning streak. The Lancers will be back in action Wednesday when they host Casper College in a North Sub-region contest. The Lancers are just two games out of first place in the North. Casper and Gillette each have 9-1 conference records while EWC is 7-3.

The game, however, was much closer than the final score. WNCC trailed 14-10 in the first quarter, but came back to grab an 18-14 lead behind six points form R’Manie Pulling. WNCC led 18-15 after one.

EWC came out in the second quarter and took charge, outscoring WNCC 16-10. The Lancers led 27-21 at one time before the Lancers led 31-28 at halftime.

WNCC exploded out of the lockerroom on a 7-0 run behind buckets by Lidsey Mahoukou and Taylor Joplin, and a 3-pointer by Yuliyana Valcheva to lead 35-28. EWC came back to lead 40-37 on a 3-pointer and led 50-49 after three quarters.

The fourth quarter belonged to WNCC. The Cougars opened with an 8-0 run behind a 3-pointer by Valcheva and then an old-fashioned 3-point play by Valcheva. EWC got to within 60-55, but WNCC 23nt on a 13-0 run to lead 73-55, which included back-to-back treys by Tishara Morehouse and Georgia Berry. WNCC won 80-62, outscoring EWC 31-12 in the final stanza.

WNCC shot 45 percent from the field and made 9 of 27 from the 3-point arc. Joplin, Pulling, and Valcheva each made two 3-pointers.

Morehouse led the team with a double-double of 14 points, 10 rebounds, and eight assists. Valcheva led all scorers with 21 points. Valcheva also pulled down seven rebounds.

No scoring was available for EWC.