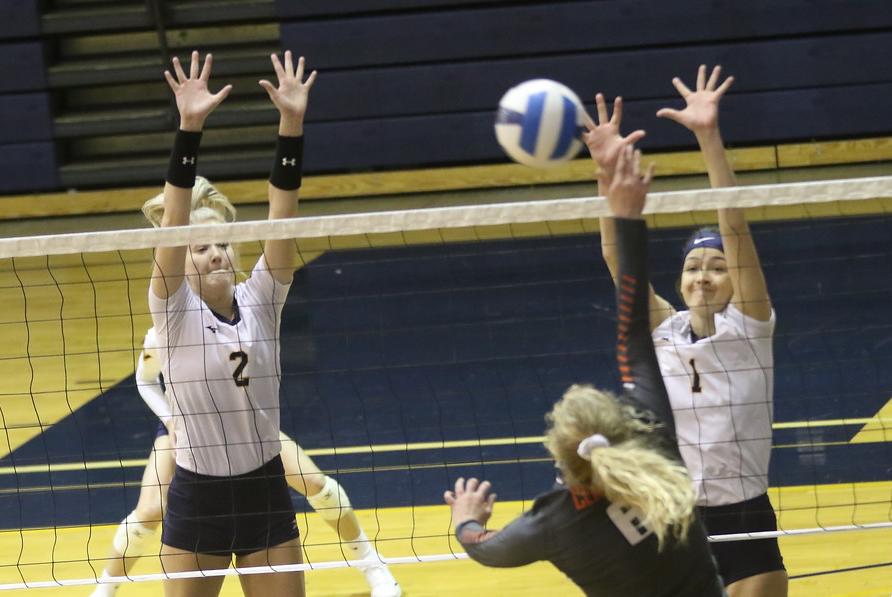 The Cougars opened the day as three players recorded double-doubles in a sweep over Frank Phillips College 25-20, 25-20, 25-14.

The first match against Frank Phillips, WNCC used some strong serving to get the win. The first set saw Frank Phillips up 19-16 before three Anuhea Kaohi points and the Anabelle Gillen served out the set with four points, including the last two aces.

The second set saw WNCC fall behind 2-0, but Karen Cordero served three points to put the Cougars in front for good at 4-2. WNCC led 16-9 and coasted to the 25-20 win.

Cordero had a near triple-double, finishing with 17 kills, 12 digs, and eight points. Gillen also had a double-double of 17 digs and 14 points, while Kaohi had 14 kills and 20 digs.

The Seward match was a match-up of two top 10 teams and both teams played like Top 10 ranked teams. The first set saw WNCC up 24-23 before Cordero had a kill for the set winner.

The third set was dominated by WNCC as they went up 11-4 and led 15-5 after three Gillen points. WNCC won 25-14 after three Kaohi points.

The fifth set saw WNCC dominated as they led 11-4 after six points from Mariah Fukamoto. Seward came bac and tied things at 12-12. WNCC got a Cordero kill, and the set was tied at 14 and 15 before Seward got the final two points for the match winner.

Cordero led the way with 19 kills and 16 digs. Kaohi also had a double-double with 18 kills and 17 digs. She also had six points and four aces. Schaub finished with five kills and four digs followed by Gillen with 14 digs, six points and three aces; Hernandez with six kills and 22 digs; Tsvetanova with 15 digs, 52 set assists, and six kills; Laura Ferrao with three kills; Nahinu with four kills and six digs; and Fukamoto with six points.