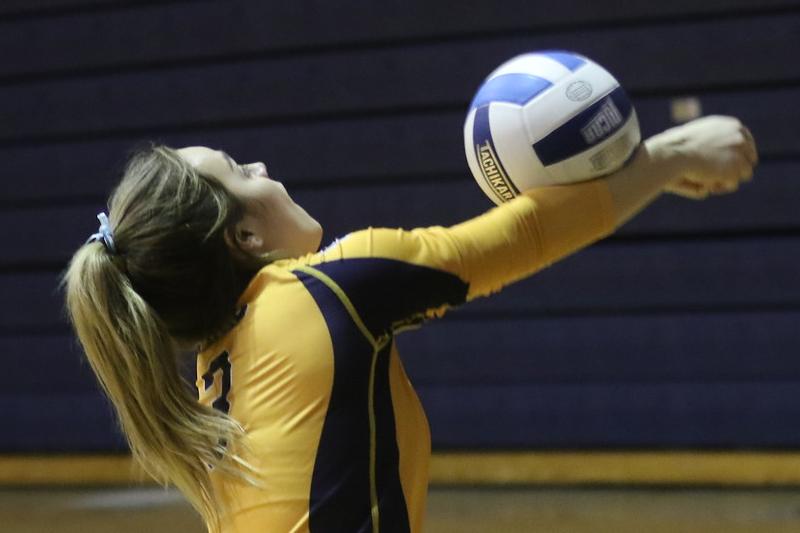 WNCC will wrap up the tourney Saturday with two matches when they face Casper College at 8 a.m. and Laramie County Community College at noon.

In the first match against North Platte, the Cougars had a balanced output. Karen Cordero led the team in kills with 16. Cordero also tallied four digs and three points.

Anabelle Gillen had a near double-double with 15 digs and nine points while Anuhea Kaohi had 12 digs, seven points, and two points.

Andrea Tsvetanova did have a double-double as the sophomore setter tallied 37 set assists and 10 points. She also finished with eight digs and four aces.

The third set was all Utah State-Eastern as they jumped out to a 17-8 lead and never looked back to get the 25-15 win.