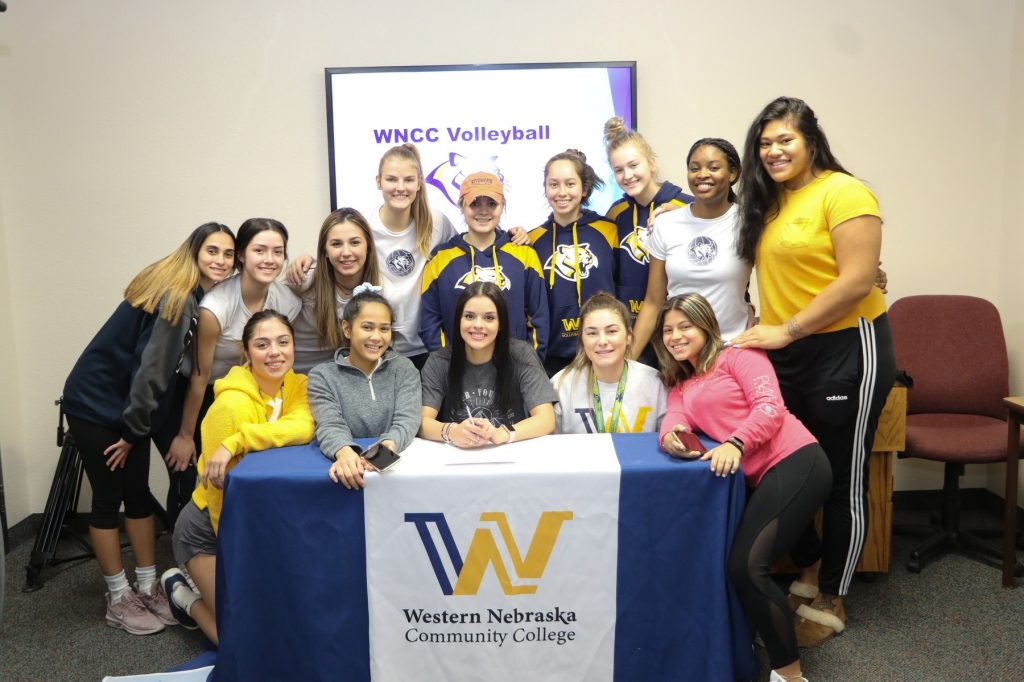 After two years at Western Nebraska Community College, Cougar volleyball player Gabriela Canavati will be taking her volleyball talents to the next level after signing with Cameron University in Oklahoma in February.

Canavati said Cameron is closer to her home in Laredo, Texas, and it is a good school for her major of psychology.

“I am going to Cameron University,” she said. “I choose that school obviously because of volleyball reasons, but their psychology program is one of the top in the state and that is what I am majoring in. I felt like it was the right fit for me.”

The dream of playing college volleyball was something that Canavati had since she was little.

“It always has been my dream since I was eight,” she said. “I thought about not playing [at the four-year level], but I thought I would regret it later if I didn’t.”

Cameron is coached by Brandon Stephenson, who used to coach at Lamar Community College, who knows all about WNCC’s success. The NCAA Division II school went 6-23 last year in his first year. The Cameron Aggies are slated to return eight players from last year.

Canavati’s two years at WNCC was successful. Her best year was her sophomore year where she played in 116 sets and 37 matches. Canavati finished with a consistent season tallying 232 kills her sophomore and 225 her freshman year. She also was well-rounded, getting 80 digs in the fall with 40 blocks and 12 ace serves.

Canavati said she grew as a player and person while at WNCC.

“I definitely thought I grew as a player and a person with the maturity. Of course it wouldn’t have happened without Coach Binny, the community, and my team,” Canavati said emotionally. “I grew a great amount and not just as a player, but in the classroom and a person. I am very thankful.”

Canavati’s time here has been cut short because of the COVID-19 situation as many players have went home to finish out the year taking the courses online. Canavati, who was also a student ambassador, said it will be hard to leave here.

“It will be very hard. Some of my best friends are here, so it will be tough,” she said. “It is amazing to be playing with one of the best teams.”