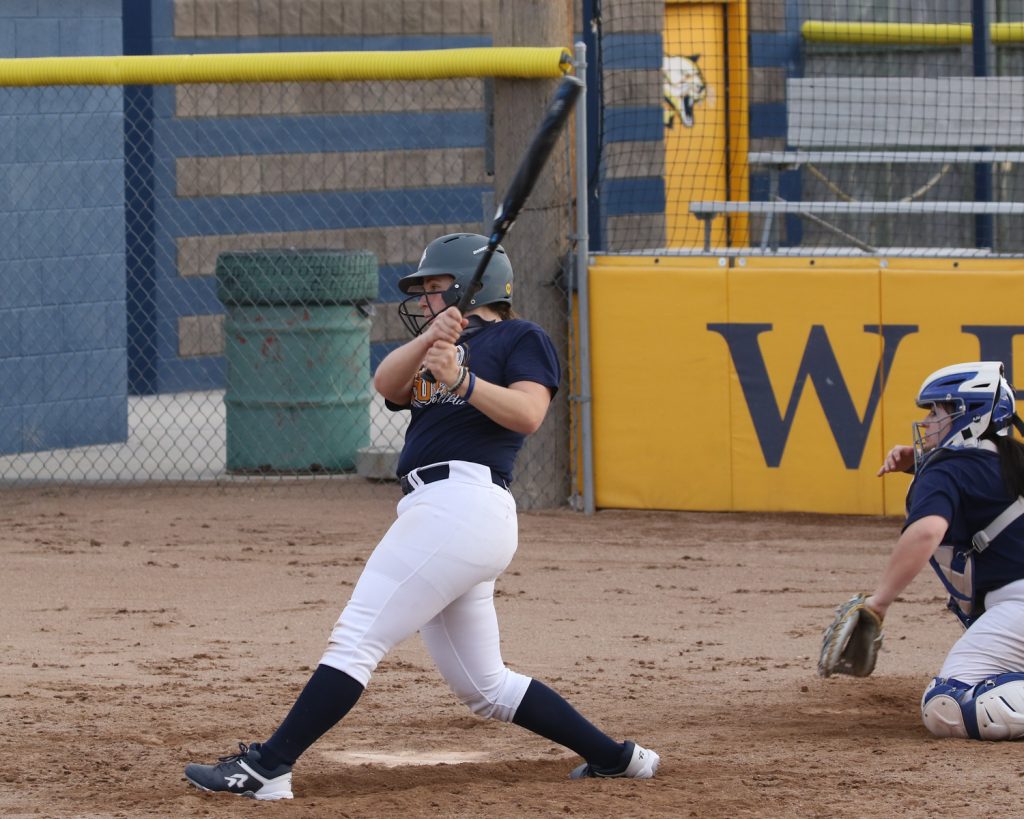 The Cougars started Saturday with just one game and fell 10-1. Sunday’s action saw a stellar pitching performance from Lexi Butterfield and a 5-RBI game from Cheyenne Ausborn as the Cougars won game one 21-0. The second game on Sunday saw WNCC fall 26-7.

The two squads will be back in action Monday for another doubleheader starting at 11 a.m. MST.

Sunday’s first game saw the Cougars pound out 18 hits, including six doubles, two triples, and two home runs. Ausborn had the hot bat in the first game, going 4-for-4 with five RBIs, three runs scored, a double, and two triples.

WNCC put the game away quick, scoring seven times in the first and third innings for a 15-0 lead.

The first inning saw Butterfield getting a run-scoring single for a 1-0 lead. That was followed by a 2-run triple from Ausborn. Chong then hits a 3-run home run for a 7-0 lead.

WNCC added a single run in the second on a Butterfield home run and followed that up with seven more in the third. The big hits were a Coffman 2-run double, a 2-run triple by Ausborn, and a run-scoring double by Cronquist for the 15-0 lead.

WNCC added three more in the fourth and fifth for the final 21-0 win.

Butterfield picked up the win with three strong innings, allowing just one hit and striking out one. Chong tossed the final two innings and struck out two and allowed no hits.

The second game saw WNCC start off where they left off in the first, scoring five first inning runs. Blanchard led off with a single followed by a run-scoring single by Quinn. Butterfield than scored Quinn on a triple and Butterfield came around to score on a sacrifice fly by Ausborn. The fifth run came from Coffman who doubled and scored on a double by Schweitzer for the 5-0 lead.

WNCC managed two more runs after that, but the Pratt bats came alive as they scored 11 runs in the first and 13 in the second for a commanding 24-6 lead.

Saturday’s contest saw WNCC get on the scoreboard first as Blanchard walked and scored on a fly ball by Coffman for the 1-0 lead.

WNCC had just two hits in the contest from the bats of Quinn and Ausborn.

Ashley Quinn took the loss in the circle, going 4 2/3 innings in striking out two and allowing eight hits.