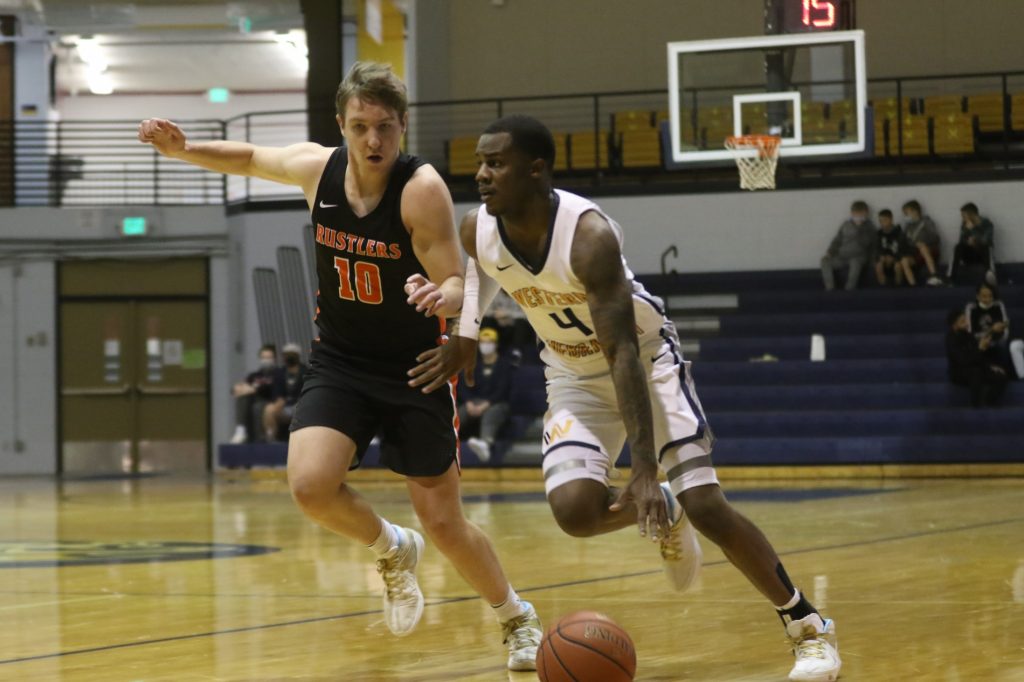 WNCC placed five players in double figures in the win. Carter Brown and Taylor Johnson led the way with 17 points each. Brown popped home four 3-pointers went a perfect 5-of-5 from the free throw line. Johnson had one trey and was 6-of-9 from the charity stripe.

Head coach Billy Engel said it was a good win for his team.

“I think our guys did a good job of dictating the pace that Central Wyoming was going to play at,” Engel said. “We started on the defensive end and didn’t let Central get in any rhythm. A lot of that dealt with them missing shots, but we also capitalized. We got out and run and we rebounded with a purpose. That first half it started on defense and made them get misses, we rebounded the ball and made it happen on the offensive end.”

The beginning of the game was tight as Central Wyoming had a 13-12 lead behind a trey by Jaylon Gentry. That was when WNCC exploded for a 9-0 run behind four points each from Johnson and Turumbil Zaki for a 22-13 lead. WNCC doubled up Central Wyoming at 29-14 on a Brown trey.

WNCC kept playing strong defensively and offensively to close out the first half leading 45-32.

WNCC led 66-62 and went on an 9-0 to lead 75-62. Things changed after that. Central Wyoming would outscore the Cougars 23-11 the rest of the game and nearly had a buzzbeater to win the game.

Johnson was fouled with 19.4 seconds and both charity tosses for an 86-84 lead. Nine seconds later, Gentry buried a trey to slice the lead to 86-85. WNCC turned the ball over and Central Wyoming missed a go-ahead bucket and Agwa Nywesh got the rebound and was fouled with 3.2 seconds. Nywesh missed both foul shots and Central Wyoming had an open look for the winning bucket, but it was just off the mark.

Central Wyoming outshot the Cougars 42.6 percent to 35.7 percent. The Rustlers also made 11 treys, where they were 9 of 19 in the second half, to the Cougars seven 3-pointers.

WNCC was out-rebounded in the contest 49-45. Koang led the way for the Cougars with 11 boards followed by Zaki with seven.

WNCC had five in double figures led by Brown and Johnson. Zaki and Koang each finished with 12 points, while Nywesh had 11.

WNCC will be back in action next week when they host Eastern Wyoming on Tuesday and then host nationally-ranked College of Southern Idaho on Thursday.