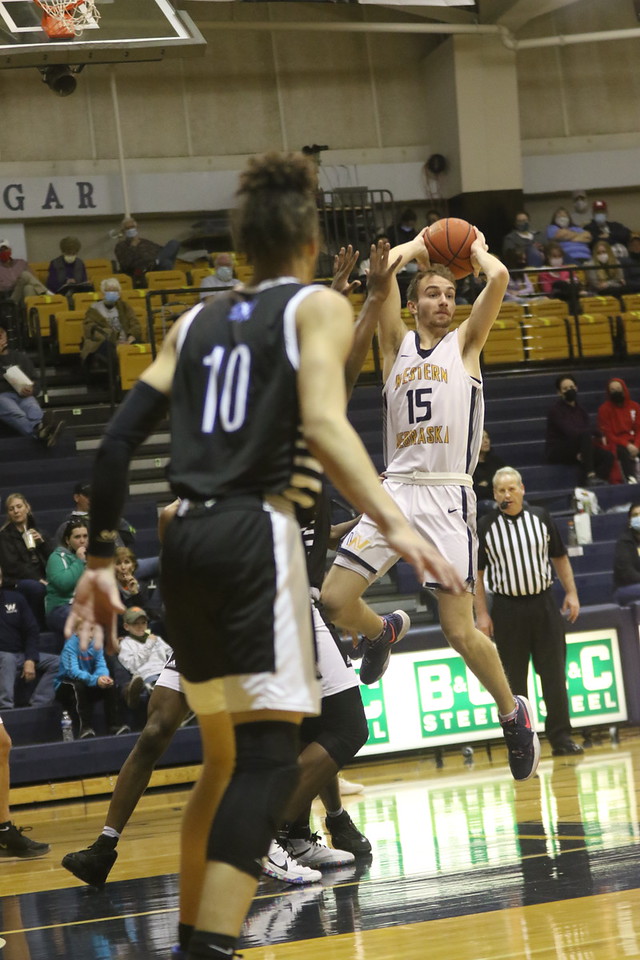 The Western Nebraska Community College men’s basketball team were outscored 47-37 in the second half as the McCook Community College Indians came charging back and claimed a South Sub-region 82-74 win over the Cougars Friday evening at Cougar Palace.

The entire contest was back and forth and both teams didn’t shoot the ball from beyond the arc. McCook shot just 13 percent from the 3-point line in the first half (2-of-15) but connected on 6-of-13 in the second half.

WNCC couldn’t find the range from beyond the arc. WNCC didn’t make one trey in the first half, but still owned a 37-35 lead at halftime. The second half, the Cougars connected on just 2-of-9 3-pointers.

The score was tied at 67 when McCook went on a 8-0 run to lead 75-67 with six minutes to play on five points from Rahkiem Petterson. WNCC got the deficit to five points at 76-71, but McCook scored the next six points in over a two-minute period to go up 82-71 and get the sub-region win.

WNCC had three in double figures. Thompson had 21 points including 7 of 8 from the free throw line. Solabo finished with 16 points while Johnson had 14.

McCook had four in double figures. Petteson led the way with 20 points while Damien Perry finished with 19. Boaz Quinlan had 15 points while Julian Lual had 12.

WNCC will return to action next week when they host Northeastern Junior College on Wednesday in a women’s and men’s doubleheader beginning at 5:30 p.m.