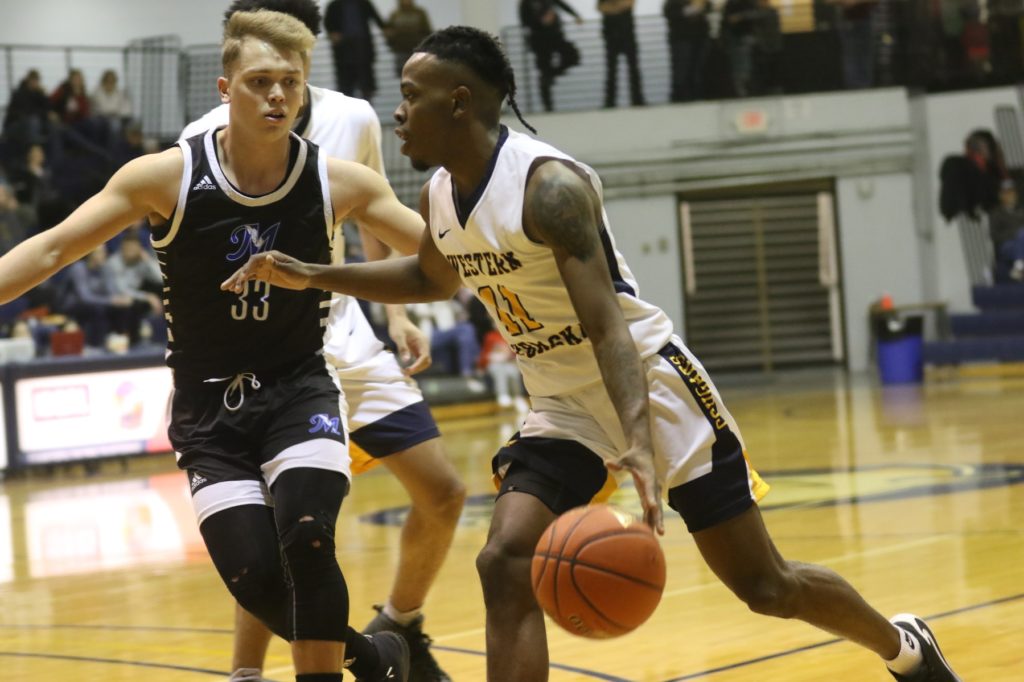 The contest was back and forth as there were 12 lead changes and six ties. North Platte had the largest lead at 47-35 just before halftime. The Knights held a 47-36 lead at intermission.

The second half saw WNCC come back from the 11-point deficit to make a game of it. The Cougars trailed late 92-88 and then trailed 99-92 when they mounted a late comeback behind back-to-back 3-pointers by Kenny Strawbridge and Jordan Smith to slice the lead to 99-98. The Knights went up 101-98 when Teddy Allen had a chance to tie the game that was deflected with .02 seconds left.

The difference was free throw shooting where North Platte was 22 of 29 and the Cougars 15 of 20.

WNCC won the battle of the boards 42-37. Allen pulled down 11 rebounds in the contest.

WNCC drops to 11-7 on the season and 1-2 in sub-region play. The Cougars will be back in action Tuesday when they host Lamar Community College in a sub-region contest. The women will open the night at 5:30 p.m. followed by the men’s contest.