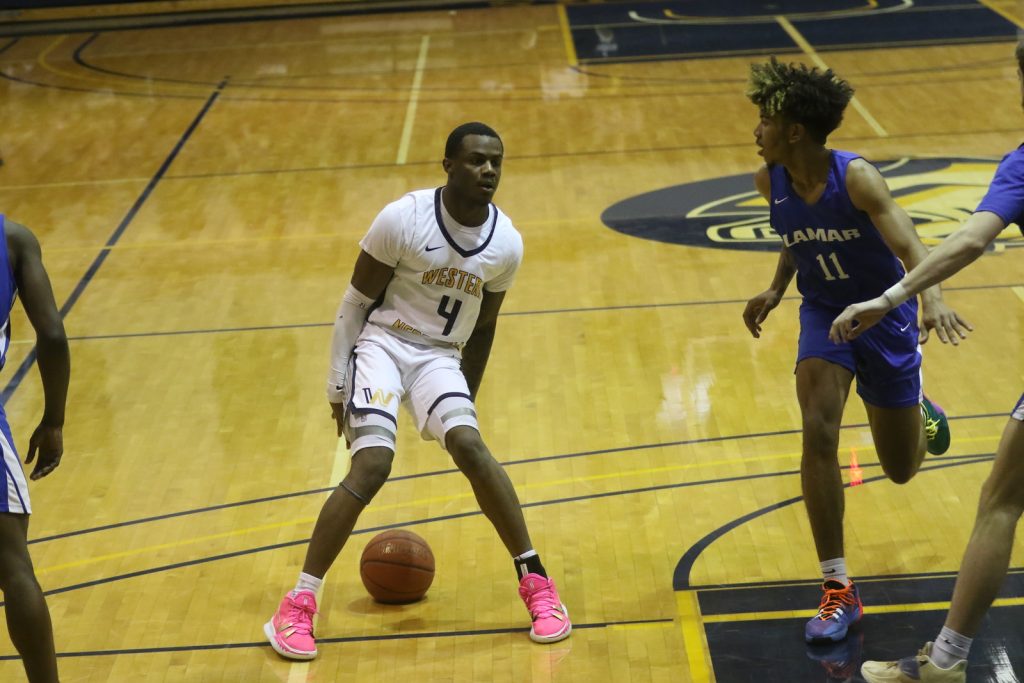 The Western Nebraska Community College men’s basketball team have a knack for winning games in the final minutes.

Thursday night was no different as the Cougar men trailed 70-67 with 2:40 to play but came back to outscore Lamar Community College 13-3 in the final minutes to earn an 80-73 South Sub-region team over the Lopes for the big win.

It was the first time the Cougar men have played at home in over a month. The last time was Feb. 24.

The Cougars did well as they did everything they needed in the final minutes to get the win.

WNCC head coach Billy Engel said this was a big win for his team as they are fighting to host a first-round playoff game Easter weekend.

“This was a huge win for us,” Engel said. “it might not mean a ton in the standings, but if Lamar would have won this game, they would have sealed up first place in the south. We went in that we were going to go head on with the number one team right now and we came away with a big win tonight.”

This was a battle between the two teams from the get-go and neither team really got a big lead. Lamar started with a 5-0 lead and led 14-9 early in the first. WNCC came back to lead 16-14 on a trey by Carter Brown and a bucket by Issad Solano. Lamar came right back to lead 19-16 only to watch Them Koang hit a trey for a 23-20 lead.

WNCC started a comeback. Mack hit a big bucket to cut the lead to 65-63. Lamar hit just one of two free throws and that was when things changed. Thompson hit a bucket and was fouled. He missed the free throw but got the rebound and put the bucket back in for a four-point play and a 67-66 lead with 4:10 to play.

WNCC had three players in double figures. Thompson led the way with 18 points followed by Johnson with 15 and Koang with 13.

WNCC will be back in action Sunday when they host Otero Junior College in a 2 p.m. contest. The Otero match was a rescheduled game from a postponed game earlier this month.

Engel said they looked at playing some other make-up games, but they are just going to concentrate on these two home games and head into regionals for now.

“We looked at making that trip to North Platte, looked at getting that game made up with NJC, but we just want to give our kids a chance to play these last two games fresh, force a back-to-back if we don’t need to right now,” he said. “We are going to play Otero at home Sunday and play North Platte at home Tuesday for our sophomore night game. That will be it. After that point we will see where the winning percentages are and go head on to who we are matched up with in regionals.”