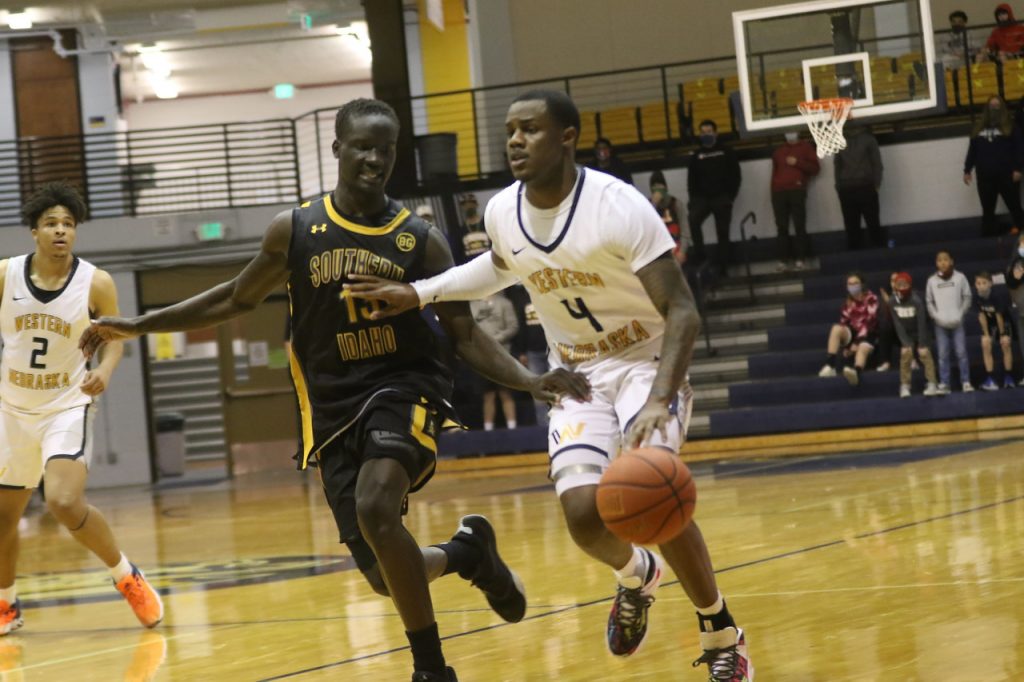 The Western Nebraska Community College men’s basketball team fell behind by 19 points in the second half, but put together a big defensive effort in falling 78-73 to No. 11 College of Southern Idaho Thursday night at Cougar Palace.

WNCC head coach Billy Engel said his team played hard, but they just have to stop digging themselves holes to climb out of.

The second half saw WNCC score five quick points from a trey by Chase Thompson and a bucket by Them Koang. That was when CSI got hot, going on an 11-0 run to lead 51-33 and later led by 19 points at 56-37.

That was where WNCC woke up and fought back and cut the lead to single digits at 63-55 after Thompson had four points. The Cougars kept finding that will, cutting the lead to six points at 69-63 on a Agwa Nywesh trey with 3:19 to play.

WNCC kept playing strong defense and dug even deeper as they cut the lead to four points with under a minute to play on a Solano bucket. The Cougar defense then force a turnover, but missed a trey that would have got the CSI lead to one. CSI hit two free throws to go up 76-70 with about 30 seconds to play.

WNCC still had some fight in them when Thompson knocked down a trey to slice the lead to 76-73 with 22.5 seconds to play. CSI hit two more free throws to go up 78-73 with 17.5 seconds and got the win.

WNCC had four players in double digits. Thompson led the way with 21 points, including three treys. Koang finished with 19 points followed by Nywesh with 11 points and Solano with 10.

CSI was led by Stevie Smith with 22 points with five 3-pointers.