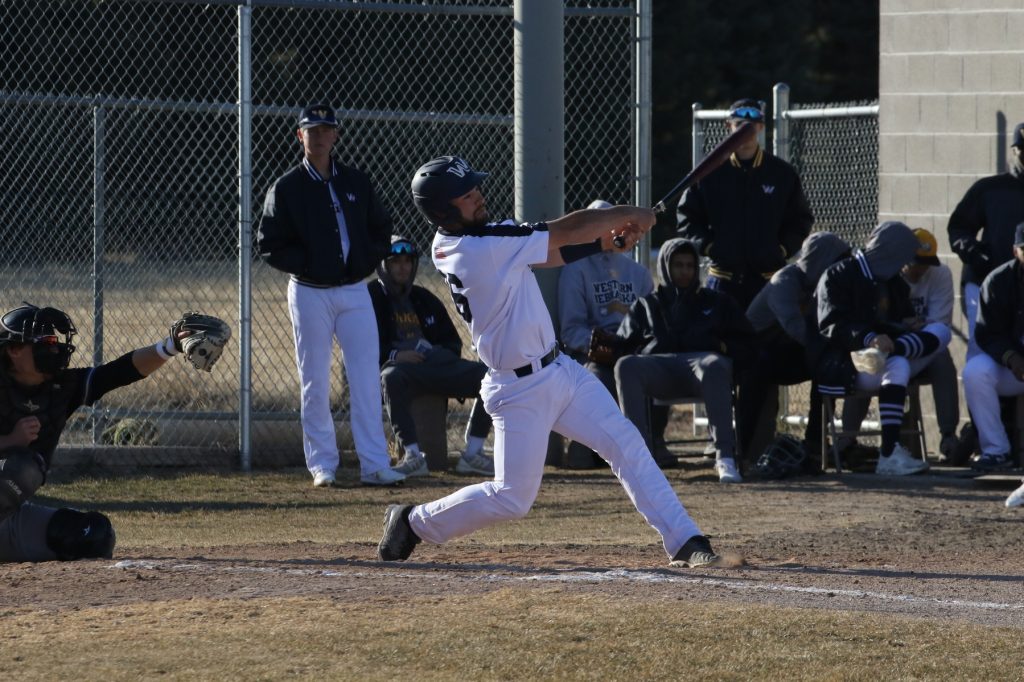 The first game saw WNCC record two home runs from Ethan “Q” Miller and Jayden Orozco, but Lamar came back with four runs in the sixth to take the 7-4 win.

The second game saw Miller smack a 2-run home run, but Lamar scored three times in the Lopes’ final at bat to take the 3-2 win.

WNCC will be back in action Wednesday when they host Northeastern Junior College in an Empire Conference doubleheader.

The first game saw some strong pitching as well. Chandler Young went five strong innings in striking out six and giving up three runs. Despite allowing three runs, Young was in line to get the win as the Cougars plated three runs in the sixth inning to go up 4-3.

WNCC scored a single run in the second as Orozco was hit by a pitcher and scored on a grounder to tie the game at 1-1. Lamer came back with two in the fifth for a 3-1 lead.

WNCC answered in thundering fashion in the sixth on two hits. Caleb Coats led off with by earning a walk. Miller than took the second pitch and launched it over the rightfield fence to tie the game at 3-3. After two outs, Orozco put the Cougars in front, taking the first pitch and line driving it over the leftfield fence for the 4-3 lead.

Lamar answered in the bottom of the sixth with four runs on just one hit to grab the 7-4 lead and then held on for the win.

It was one those two hits that gave WNCC the lead in the third inning. Matt Womack led off the inning by getting plucked with the pitch. Miller followed by taking the first strike he saw come across the plate and drove it over the rightfield fence for the 2-0 lead.

The lead almost held up, but Lamar made a seventh-inning rally with a lead-off single and double. Lamar rode that momentum to three runs and the walk-off win.