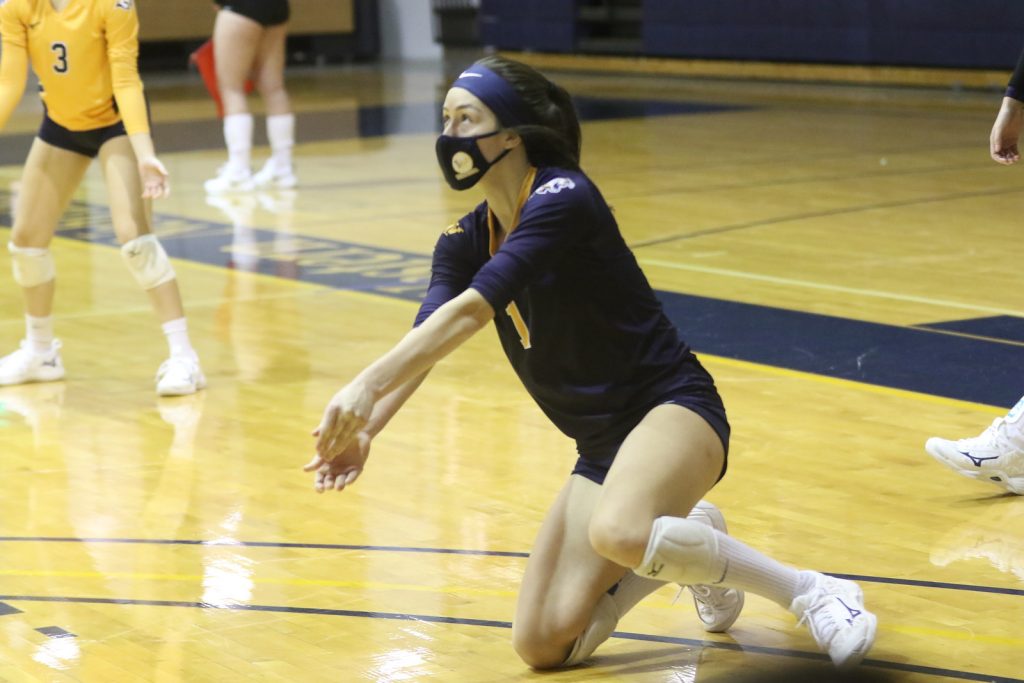 RIVERTON, Wyo. – The 12-ranked Western Nebraska Community College volleyball team won their win streak to five matches after earning a pair of four-set wins over Casper College and the College of Southern Idaho on Friday in the Central Wyoming Classic in Riverton, Wyoming.

It was the Cougars fifth straight win after opening the season with a loss to Eastern Wyoming last Friday. Alex Hernandez, who had double-doubles in both matches on Friday, said she is proud of her team of how they have played in the last five matches.

“I’m so proud of my team and the winning streak we have,” the sophomore said. “I think our passing is a key part of all of our wins this far and I think that we’re only going to get more and more comfortable in the rotation we’re playing in. We have such a great team with so many weapons which really helps with opening the net up to let our hitters take big swings.”

In the win against Casper in the opening match, four players finished with double-doubles. Cardero led the way with 25 kills and 13 digs, while adding five points. Hernandez had an impressive game with 10 kills and 19 digs. She also chipped in four points with three aces.

Anuhea Kaohi had a sold contest as well, finishing with 17 kills, 19 digs, and tallying seven points.

WNCC was just as sharp in the CSI win with four players getting double-doubles. Cardero paces the Cougars once again with 25 kills, 17 digs, and eight points. Hernandez also had a solid outing, finishing with 14 kills, 11 digs, and six points.

Also for the Cougars Schaub finished with three kills, two digs, and a point; Angel Nahinu had two kills and three digs; Laura Ferrao had a kill and a solo block; Macey Boggs had three points and an ace serve; and Gillen finished with 25 digs.

WNCC will finish off the Central Wyoming tournament with one match on Saturday when they face the host team Central Wyoming College at 9 a.m. Hernandez said the key for her team to win a sixth straight is defense and serving.

“The key to beating Central tomorrow [Saturday] will definitely be our serving and serve receive,” Hernandez said. “If we can get them out of system with our serve and stay in system with our passing than I don’t think we should have any trouble.”