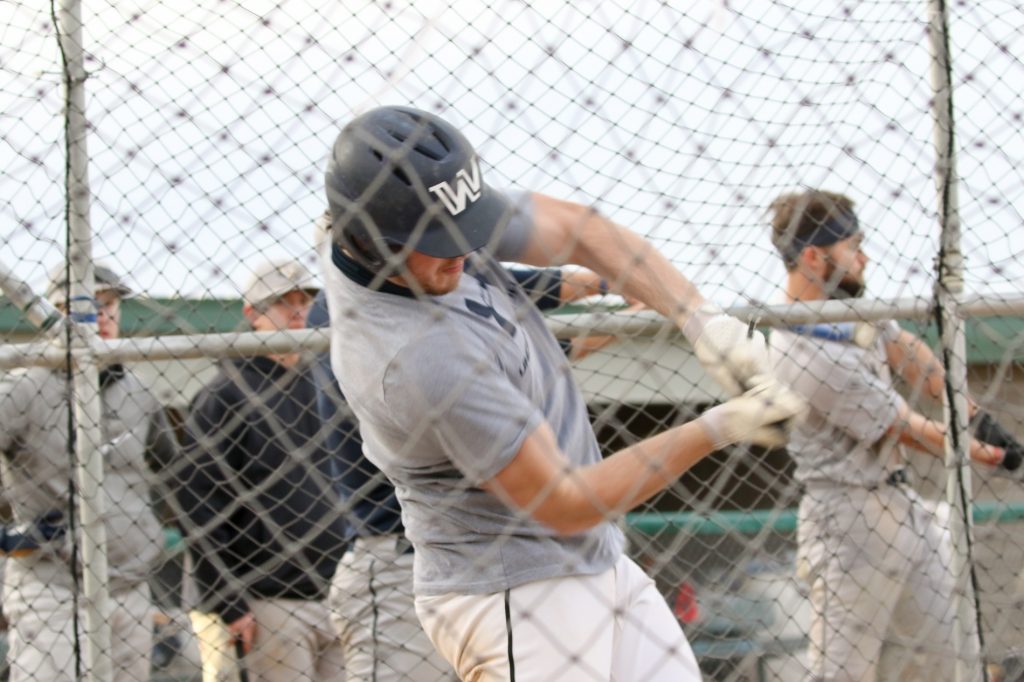 It has been nearly a year since the Western Nebraska Community College baseball team last played a competitive game.

When the Cougars open the season this weekend with a four-game series with Barton Community College in Great Bend, Kansas, they will be excited to get on the field and play against someone else besides themselves.

“They are excited to go. I don’t know if we are ready to play, but they are definitely excited to go,” WNCC head coach Mike Jones said. “It has been a long time since we have played a competitive game. It is exciting and these guys have been extremely patient. They have put in a lot of hard work to get to this point. They deserve the opportunity to take the field and give it their best and see what we will do from there.”
Last March 12, the NJCAA shut down spring sports because of the COVID-19 pandemic, which canceled the baseball season. Because the season was canceled, no spring athlete lost a year of eligibility and that brings plenty of firepower to the WNCC team.

Jones said they are going to be a team that is well balanced offensively and defensively.

“This year’s team has a pretty good balance between the pitching staff, a solid defense behind them, and the ability to create runs offensively,” he said. “ We are not one-sided at all; we are even across the board. It will be important for pitching to throw strikes and keep pitch counts down, be important to play good defense behind them, and offensively we have to find ways to create scoring opportunities.”

The offense is bolstered by the fact that the team will be swinging metal bats this year. The previous 10-plus years, Region IX went to a wood-bat league. Jones said that will change the game.

With the addition of metal bats, Jones said it will put more pressure on the defense.

“I think definitely our defense has to be better than it was against a wood bat because every opportunity you get to make an out, needs to get done,” he said. “I think the infielders will need to play a little bit deeper, the outfielders need to play a little bit deeper. I think it gives an opportunity for more base hits to be created. It is the same for both sides, so it will open up more opportunities for us offensively.”

The defense all starts with the pitching staff. Jones said there six pitchers that will share the burden of the load early on including returning players Chandler Young of Ft. Collins, Colorado; Harold Baez, Paul Panduro, and Trent Richter of Scottsbluff, Jerson Morales of Miami, and freshman Dawson Hurford of Victoria, British Columbia.

Other pitchers on the roster include Trevor DuBray and JJ Garcia of Alliance, Caden Eymann of Byers, Colorado, Gavin Harris of Crosby, Texas, Ethan Johnson of Clark, Colorado, Noah Bruxvoort of Ft. Collins, Colorado, Owen Vanthillo of Antwerp, Belgium, and Will Potter of Kincardine, Ontario.

The position players have plenty of depth with players that saw action a year ago. The returners on the infield or outfield include Caleb Coats of Katy, Texas, Jack Jones of Scottsbluff, Jayden Orozco of Chandler, Arizona, Joe Kinneberg of Sandy, Utah, Michael Felton of Loveland, Colorado, Luis Alcantara of Santo Dominto, Domincan Republic, Joey Olson of Olathe, Kansas, Matt Womack of Houston, Texas, and Rei Kimura of Osaka, Japan.

The newcomers to the team for the infield and outfield include Riley Schanaman of Gering, Sergio Tarango of Wellington, Colorado, JT Cafferty of Hastings, Quinn McCafferty of Big Horn, Wyoming, Jordan Rollins of Miami, Dillon Fabricus of Riverton, Wyoming, and Spencer Ohu of Aurora, Colorado.

Six players will red-shirt this season and they include Tate Carson and Creighton Dike from the WESTCO Zephyrs, Drew Book of Sterling, Colorado, Dawson Shaver of Crosby, Texas, Duce Ortiz of Bennett, Colorado, and Corbin Kirk of Casper, Wyoming.

Several of the returners on this year’s team red-shirted a year ago.

Jones said Alcantara and Felton will be the keys to the offensive punch.

The Cougars opening games against Barton will the two teams’ season-opening games. Both were slated to play last weekend, but the games were snowed out. After this weekend, WNCC is slated to host Miles Community College Feb. 27 and 28 at Cleveland Field, weather pending.