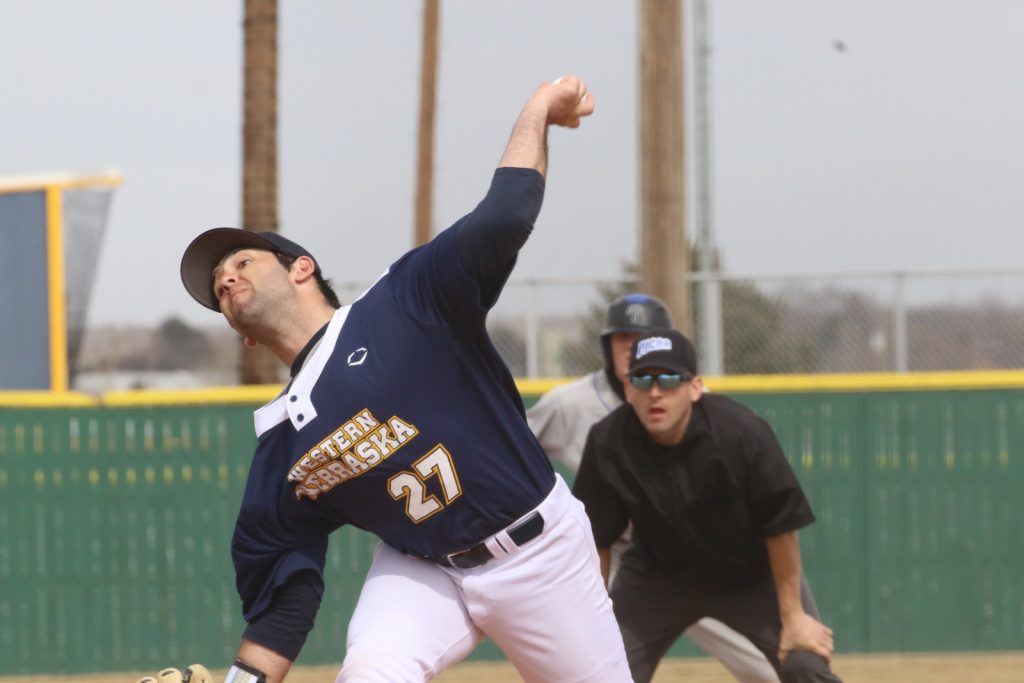 The first game was a better offensive outing for the Cougars as they put together eight runs. But, WNCC couldn’t hold the Miles’ bats down as they pounded out 12 hits, scored 15 runs, and hit a pair of home runs for the 15-8 win.

Miles jumped on top 3-0 before WNCC answered with four in the fourth to lead 4-3. The fourth saw Joey Olson lead off with a double. Jayden Orozco then was hit by a pitch followed by a single by Jordan Rollins to load the bases. Michael Felton then hit a hard ground ball that the third baseman threw home wildly to score two runs. Matt Womack followed with a run-scoring single and then Dillon Fabricus scored another on a sacrifice fly.

Miles immediately went back in front with six in the fifth to lead 9-4. WNCC came back and scored two in the bottom of the fifth on Womack’s 2-run double to cut the Miles’ lead to 9-6.

Miles added a run in the seventh and then five in the eighth to lead 15-6.

WNCC added two runs in the eighth as Fabricus reaches on an error followed by Caleb Coats getting on by a double. Luis Alcantara scored both runners on a single.

WNCC did show some good things on defense. Miles loaded the bases with no outs. The Cougar defense then turned a triple play. It all started as Rollins caught a fly ball in leftfield and then caught two runners off the bag leaving early. Rollins threw the ball to second baseman Joe Kinneberg to get out number two and then Kinneberg went to third baseman Orozco for the third out.

Olson and Womack each had two hits in the contest. Womack had a double with three RBIs. Coats had the other extra base hit with a double.

Ethan Johnson and JJ Garza each tossed an inning. Johnson allowed five runs while striking out one, while Garza didn’t allow a hit of run.

The second game only lasted five innings because of the 10-run rule. Miles unloaded for 14 runs on 16 hits. The Cougar offense only managed three hits in the contest, all singles. They came from Jack Jones, Sergio Tarango, and JT Cafferty.

WNCC was slated to host Williston State this weekend, but those games are not canceled because of the weather.