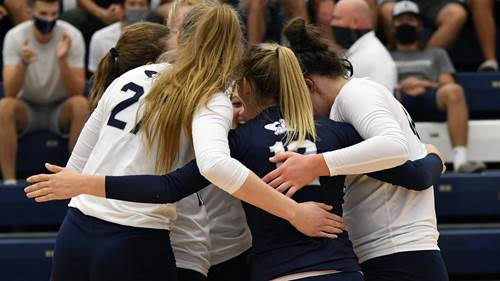 SEWARD, Neb. – Perennial league power Northwestern remains a barrier in the way of the lofty goals harbored by the Concordia University Volleyball program. Bulldog sophomore Kalee Wiltfong put away 18 kills, but it wasn’t enough to overcome the team’s wealth of errors on the attack. The defending GPAC regular-season champs left Walz Arena with a 25-21, 25-21, 20-25, 25-22, victory on Saturday (Oct. 10) afternoon.

The defeat puts the first blemish this season on the record of Head Coach Ben Boldt’s squad. Concordia (5-1 GPAC) had not played since toppling Dordt in straight sets on Oct. 2.

“We didn’t execute like we needed to,” Boldt said. “You see the hitting percentage there and you see that we had a lot of errors and a lot of those were unforced errors. There were points there where we were just awesome and points where we just couldn’t string it together. The lasting thoughts are that we can be a really, really good team when we have that rhythm. When you’re playing against a really good opponent they’re not going to allow you to make those mistakes.”

There are no NAIA national ratings to add to the hype for a match like this, but Concordia and Northwestern very likely would both be ranked in the top 10 nationally. In other words, these are rivals with GPAC championship aspirations. On the Red Raider side of the net, Anna Wedel looked the part of the reigning NAIA National Player of the Year. She paced both squads with 19 kills, though they came much tougher to come by as the match went on.

Wiltfong accounted for a large number of her side’s 50 kills. It was a tough day for the Bulldog outsides and the team’s attack errors mounted for a final tally of 37. Northwestern (6-1, 4-1 GPAC) outhit Concordia, .243 to .076. The contrast was especially striking over the first two sets, which were largely controlled by the Red Raiders.

That’s not to say the energy was lacking for the Bulldogs. There multiple noteworthy hustle plays made by Concordia. Senior libero Marissa Hoerman somehow came up with a third-set dig on a laser of an attack. That particularly play led to a kill for Kara Stark. Then in the fourth set, sophomore Camryn Opfer went crashing into the scorer’s table to track down a ball that ended up landing for a kill. Later on, the Bulldogs roared back from a 23-12 deficit in the fourth and got within 24-22. Fittingly, match point came on an attack error.

It was clear by the end of the match, Concordia had not been sharp enough to come away with this one. Said Boldt, “I’m envisioning a lot of swings that we were just missing on. When you don’t get it, it’s a two-point swing. We had too many of those. As long as we learn from that, I think we’ll be just fine. It’s kind of a frustrating loss because we didn’t play our best.”

At the same time, Northwestern is a giant on the NAIA volleyball landscape. The Red Raiders spent all of last season ranked in the top 10 (twice rated No. 1 in the NAIA). Their only loss this season came at home against Dordt. AJ Kacmarynski and Emily Van Ginkel added 11 kills apiece while Lacey Reitz notched 42 assists. The Red Raiders have beaten the Bulldogs six-straight times.

Concordia had a large edge on service with nine aces to two errors (Northwestern had just one ace to eight errors). Tristin Mason collected five aces herself. Hoerman topped the Bulldogs with 21 digs. Arleigh Costello pounded 11 kills (second on the team to Wiltfong).

The Bulldogs will be back at Walz Arena on Tuesday for two matches – 3:30 and 7:30 p.m. CT – both versus Mount Marty (5-6, 0-2 GPAC). There will also be a junior varsity match (best of five) sandwiched in-between the two varsity contests. 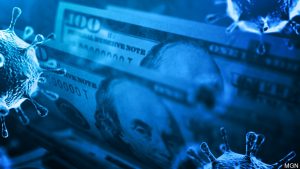 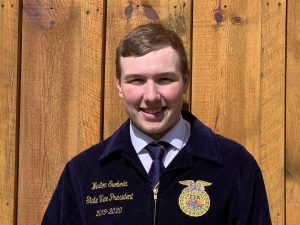 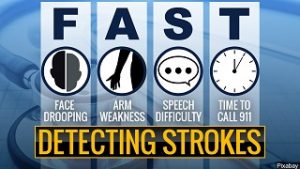