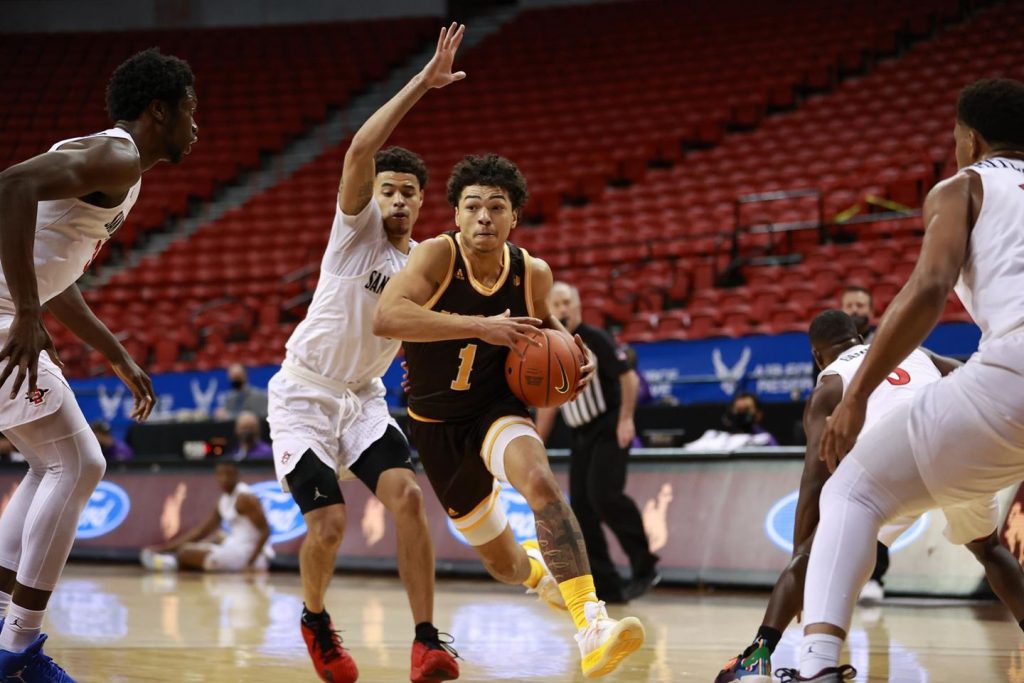 LARAMIE, Wyo. (March 16, 2021) – Freshman Marcus Williams was named a finalist for the Kyle Macy National Freshman of the Year by College Insider. He is one of 30 finalist for the award that is presented annually to the top freshman in Division I college basketball.

Williams scored a career-high 30 points against Denver, which tied for eighth amongst freshmen in the nation this season. He recorded his first career double-double in the MW First Round against San Jose State with 15 points and a career-high 10 assists.

The recipient of the 2021 award will be announced on April 1.