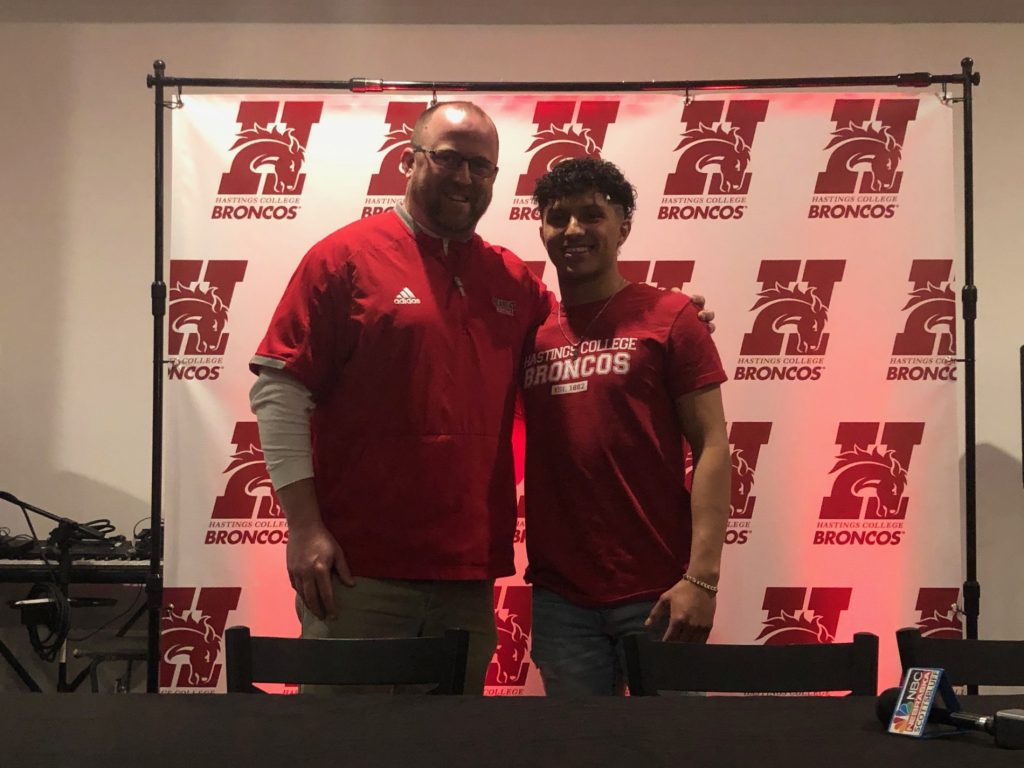 Here’s today’s KNEB.tv Sportscast with more on the Galindo signing.

Galindo was a two year starter in the Scottsbluff secondary and then this past season as a senior he stepped to the front of the line in the Bearcats backfield, leading the team with over 800 yards rushing and 17 total touchdowns (14 rushing, 3 receiving).

The versatile playmaker will focus on offense to start his career at Hastings in a wide receiver/running back hybrid role. Galindo added if they need him at cornerback he’d be more than happy to play in the secondary also.

Galindo said he’s got many fond memories of his time as a Scottsbluff Bearcat football player, “This was going out there and beating Grand Island Northwest. Another one of my favorite games was playing Roncalli last year in the playoffs, that was a really crazy game and getting to go back to back (state title game appearances).”

Galindo says he hasn’t decided on a major but has an interest in Business and Economics.