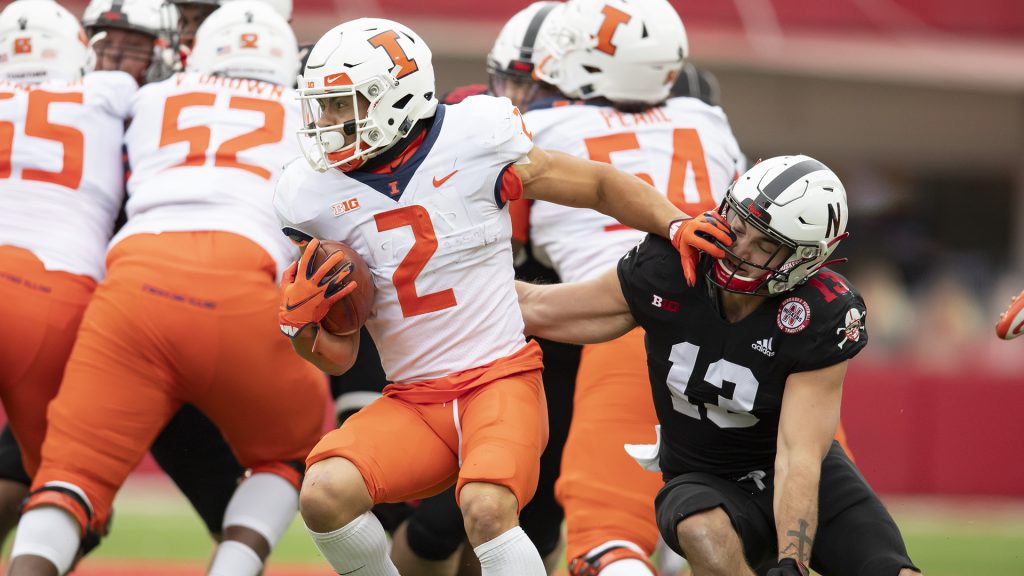 Brandon Peters threw for one touchdown and ran for another in his first game in nearly a month, Illinois had two rushers go over 100 yards, and the Illini beat turnover-plagued Nebraska 41-23 for their second straight win.

The Cornhuskers won at Illinois last year despite committing four turnovers. They couldn’t survive five, though, as the Illini won in Lincoln for the first time since 1924.

Luke McCaffrey, making his second start at quarterback, committed the first of his four turnovers on the first play from scrimmage.

Wan’Dale Robinson coughed up the ball as the Huskers tried to come back in the second half. Illinois led 28-10 after two quarters, their most first-half points against a conference opponent in 10 years.