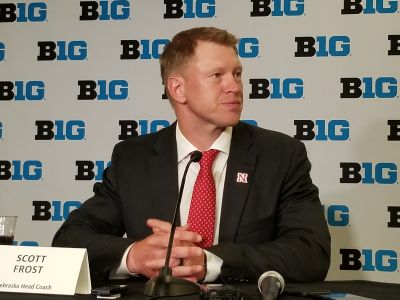 As Nebraska head coach Scott Frost gets ready for his second year in Lincoln the Huskers find themselves a popular pick to win the Big Ten West. There is plenty of reason for excitement for the Big Red despite winning just four games in Frost’s first go around with the Huskers. Most of the excitement centers around Sophomore Quarterback Adrian Martinez who was named preseason All Big Ten at this week’s Big Ten Media Days in Chicago. If Nebraska is going to be as good as expected they will need to improve things on Defense. Last year the Huskers surrendered 31 points and almost 433 yards per game which ranked near the bottom of the league.  Frost talks about how things could improved.

Electrical Licensing Prep to be offered at Northeast Community College