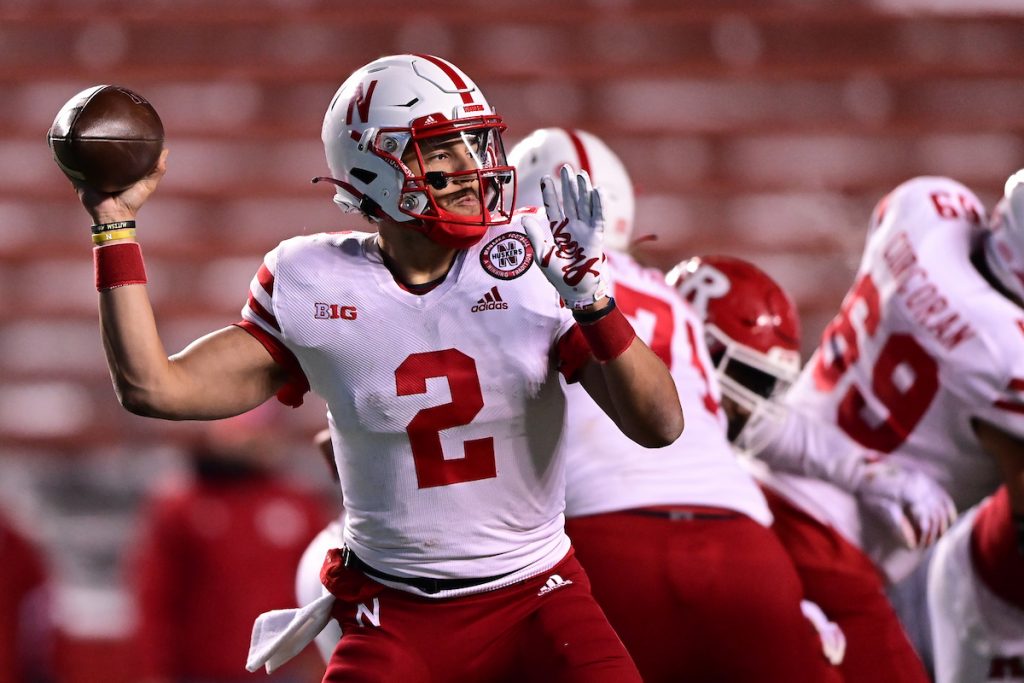 PISCATAWAY, N.J. (AP) — Adrian Martinez ran for two touchdowns and threw for another and mistake-prone Nebraska rolled up 620 total yards in wearing down Rutgers 28-21 in the kickoff to Big Ten Champions Week.

Dedrick Mills rushed for a career-high 191 yards and Wan’Dale Robinson ran for a touchdown and caught another as the Cornhuskers (3-5, 3-5) overcame four turnovers and denied Rutgers (3-6, 3-6) a Big Ten-best four wins in a season.

Robinson joined Martinez by scoring a pair of Husker touchdowns, including a tough 14-yard catch in traffic with 43 seconds left in the third quarter to tie the game at 21. Robinson, who scored Nebraska’s first touchdown on a one-yard pitch to the outside in the second quarter, finished with six receptions for 79 yards while adding seven carries for 24 yards on the ground.

Nebraska’s big totals on offense came despite turning the ball over four times, including a pair of fumbles and an interception by Martinez in the first half. Rutgers was able to turn the Husker turnovers into a 14-7 halftime lead, but the defense minimized the damage to keep Nebraska in the game.

The Blackshirts held Rutgers to just 252 yards of total offense, including 130 rushing and 122 passing, while limiting the Scarlet Knights to just 52 plays from scrimmage. Nebraska also won the time of possession battle, 39:31-20:29.

Linebacker Nick Henrich led the Huskers with 12 tackles, while Will Honas added eight stops. Garrett Nelson and Pheldarius Payne also pitched in five stops apiece, while Honas, Nelson and Payne all notched 1.5 tackles for loss. Cam Taylor-Britt also turned in Nebraska’s biggest defensive play with his interception at the NU 9 with 7:35 left in the game. Martinez and the Husker offense ran out the clock by marching down the field before ending the contest in victory formation.

In addition to overcoming turnovers, the Husker offense also had to survive poor starting field position and sustain drives. In fact, all four of Nebraska’s scoring drives covered at least 75 yards, including three drives of 90 or more yards.