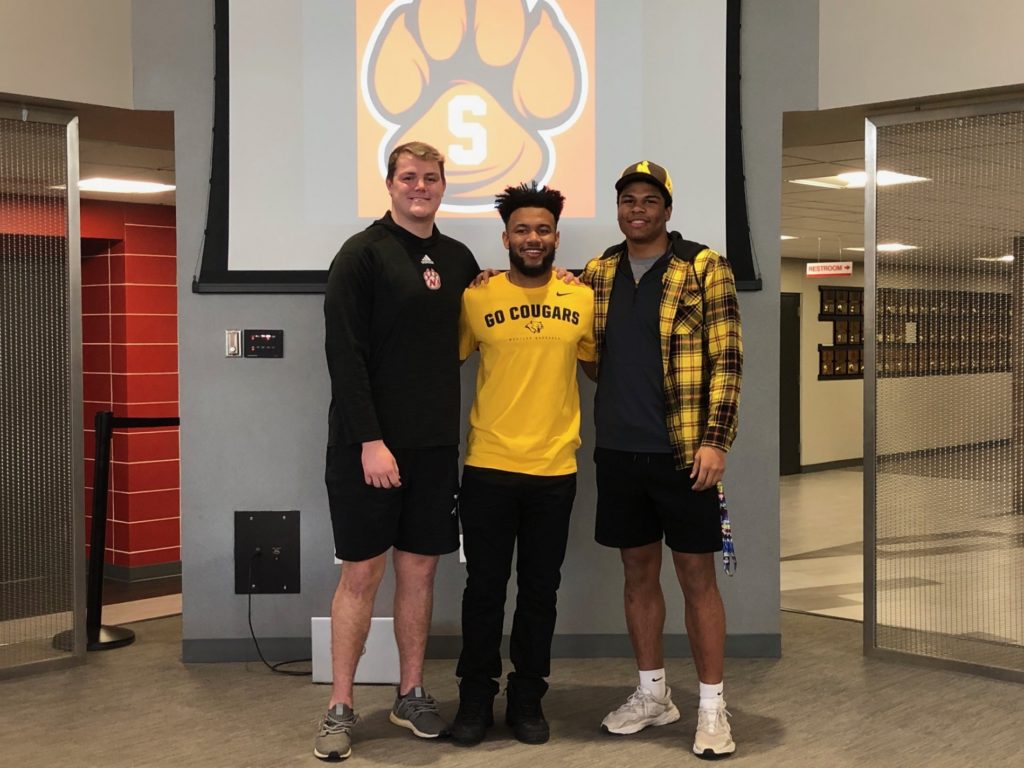 On Wednesday afternoon at Scottsbluff a trio of top shelf athletes signed to continue their academic and athletic careers at the next level.

Clarkson, one of the top lineman in the state this past fall, will head to play football at Northwest Missouri State in Maryville, Missouri. He’ll get the opportunity to play with his older brother, Austin, for one season. NWMO State is a D-2 national power, having won six national titles since the late 1990’s.

Sabastian Harsh was, simply put, an unstoppable force for the Scottsbluff football team in the fall. He totaled over 45 touchdowns and was a total force in all three phases of the game.

Harsh has accepted a preferred walk-on offer from the University of Wyoming where he’ll focus solely on the defensive side of the football as an outside linebacker or possibly a defensive end.

Jasiya DeOllos, also a standout on the gridiron for the Bearcats, is going a different direction. His calling has always been basketball and he’s staying home for the first couple of years of college and attending WNCC.

DeOllos has already made waves this season with three different buzzer beaters and he’s averaging 20 points a game for the Bearcats.

While Wednesday was a great afternoon to look towards the future for all three of these guys, there is still work to do on the hardwood for this trio over the next month and a half. Currently Scottsbluff is No. 2 in Class B power points with a 17-2 record.