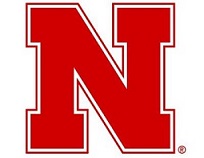 “Everyone in our program appreciates Akol, Yvan and Elijah’s contributions to our program, especially over the past year during the pandemic,” Hoiberg said. “I have enjoyed coaching all of them and will support them as they finish the spring semester and begin the process of looking at other schools. I wish them the best in the future.”

Arop spent the last two seasons in the Husker program but missed the 2020-21 season following knee surgery in November. In 2019-20, he played in 21 games, averaging 1.0 points and 1.3 rebounds per game. His best performance came at Michigan when he set season highs in both points (five) and rebounds (six) in 20 minutes. Arop, a 6-foot-5 forward from Omaha, also had five points at Minnesota and a pair of blocked shots and four rebounds in a season-high 23 minutes against Indiana in the Big Ten Tournament.

Ouedraogo played in 22 games this season, including four starts, and averaged 3.4 points and 4.7 rebounds per game. He had season highs in both points (13) and rebounds (13) against Doane, with Big Ten highs of seven points and eight rebounds in 19 minutes against Purdue. The 6-foot-8 forward from Bordeaux, France, started 30 games in 2019-20, averaging 5.7 points and a team-high 6.3 rebounds per game. He tallied three double-doubles as a freshman, including a 11-point, 19-rebound effort against Northwestern.

Wood, a 6-foot-5 guard from Potomac, Md., saw action in 13 games this season and averaged 0.8 points and 0.4 rebounds per game. He set season bests in points (eight), rebounds (three), 3-pointers (two) and minutes (12) against Doane and dished out a pair of assists in nine minutes in the opener against McNeese State. He played in nine Big Ten games and scored his only points in the win over Rutgers.