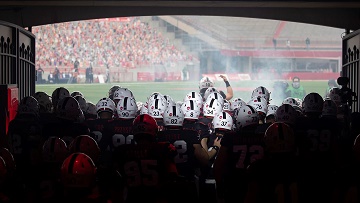 Three 2020 Huskers have been recognized as winners of long-standing Nebraska senior awards.

Linebacker Collin Miller is the recipient of the Tom Novak Award. Miller started the first four games of the 2020 season, before an injury cut short his senior year. A 2020 captain, Miller had 27 tackles this season and made 122 career tackles, including eight tackles for loss.

Defensive lineman Ben Stille was honored with the Cletus Fischer Native Son Award. An Ashland, Neb., native, Stille was a standout in 2020, earning honorable-mention All-Big Ten accolades. Stille made 27 tackles and 1.5 sacks this season and 13 sacks and 24 tackles for loss as a Husker.

Bootle, Miller and Stille will be recognized at the Outland Trophy banquet in Omaha next week, but are unable to attend the event.

2020 Nebraska Football Award Winners
Guy Chamberlin Trophy (voted by media): Dicaprio Bootle, CB
The Guy Chamberlin Trophy dates back to 1967 and is presented to the senior player who has shown by his play and contributions to the betterment of the Nebraska football team that he has the qualities and dedication of Chamberlin to the Cornhusker tradition.

Tom Novak Award (voted by media): Collin Miller, LB
Established in 1950, the Novak Award is presented to the senior who “best exemplifies courage and determination despite all odds in the manner of Nebraska All-America center Tom Novak.”