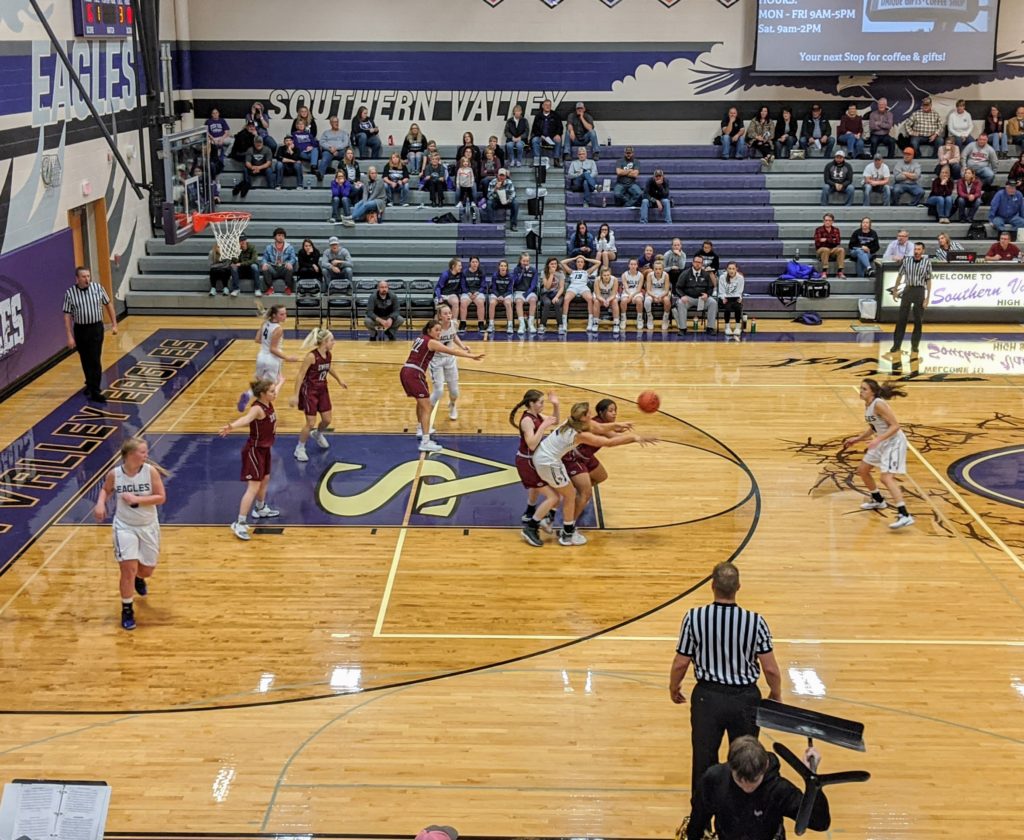 OXFORD – In a close girls game Gothenburg’s Chiara Richeson hit two free throws with 7 seconds left to give the Swedes a three-point lead and preserve a 51-48 win for Gothenburg over Southern Valley. The Eagle boys notched their fourth win with a 65-50 win over the Swedes.

Girls:  This game was a battle from the beginning. The Eagles were looking for their first win of the year and looked up to the task early on, as both teams traded baskets throughout the first half.  It was a tie game at 27-27 when the teams went into the locker room at halftime.

Gothenburg started to take control in the third quarter led by hot shooting from Annika Harm who had two three-points in the quarter. However, poor free-throw shooting by the Swedes (6-22) kept Southern Valley in the game. Gothenburg extended their lead to 10, before leading 41-34 going into the fourth quarter. Southern Valley chipped away at that lead and with less than a minute left in the game, got to within one-point. Grace Hogeland was 10-12 from the free throw line to lead the charge. However, the Swedes hung on to move to 3-0, Southern Valley falls to 0-4. 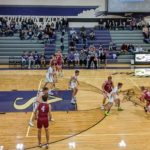 Boys:  The Eagles came into this one 3-0 and very quickly showed why they have been so successful, jumping out to a 22-9 lead after one quarter, enroute to a 65-50 win. Clayton Berry led the way for Southern Valley as he finished with 21 points, Carter Bose wasn’t far behind scoring 18, Brody Yant also finished in double-figures with 12.

Gothenburg fought back in the second quarter to pull the game to within seven points at halftime. Timely threes by Maguire Bartlett, Wes Geiken and Brody Steinike closed the gap. However, Berry hit three shots to begin the third quarter, from there, the Eagles held their lead.  Bartlett led the Swedes with 15 points, Steinike had 13 and Tyler Whiting finished with 12. Gothenburg falls to 0-3 on the year.