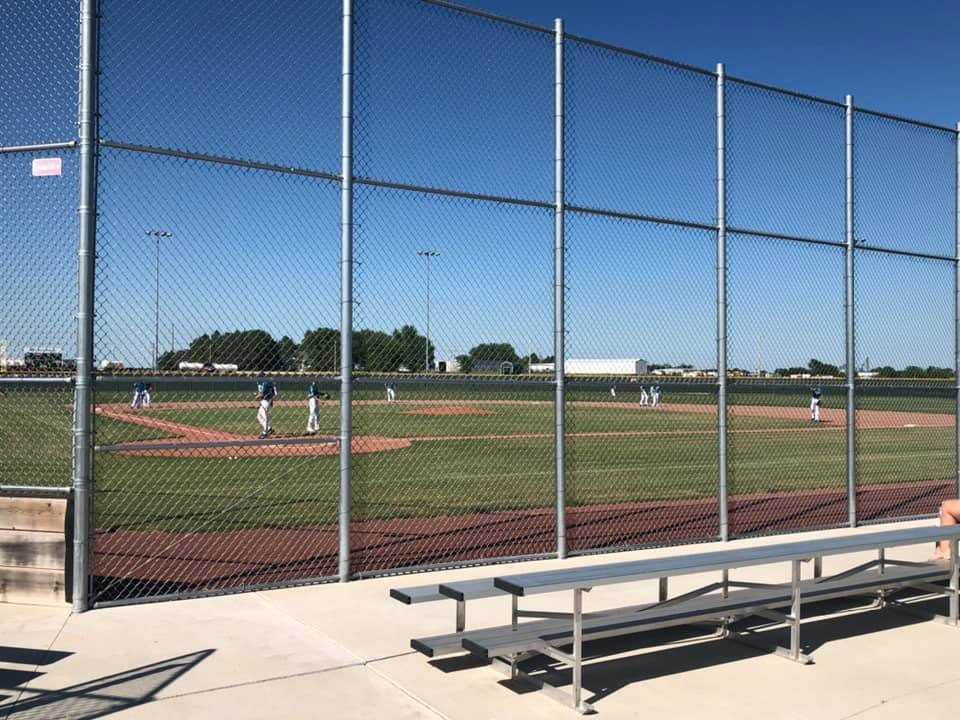 SUTTON- Friday night at DLD Park the Sutton Mustangs and the Wood River Eagles battled and split a pair of games. Sutton won the first 9-1 and Wood River took the second 15-7. In the first game, it was all Sutton as they jumped out to a big lead in the bottom of the third inning 4-0. In that home half of the third, Jesse Herndon hit a 2-run home run giving the Mustangs all the momentum. The Mustangs followed up with a strong fourth inning scoring another four runs, and never looked back winning in five innings.

In game number two, it looked like Sutton was going to run away with it as they led 6-0 after two innings of play. But, the Eagles outscored the Mustangs 15-1 in the next five innings. Easton Graves was in control when he stepped into the batter’s box as he went 5-6 with four RBI’s.

Wood River is now 3-3 and will play Nebraska Bluejays Jrs. on Tuesday. Sutton, now 8-1, is off until Thursday when they play Tom Dinsdale/Grand Island.