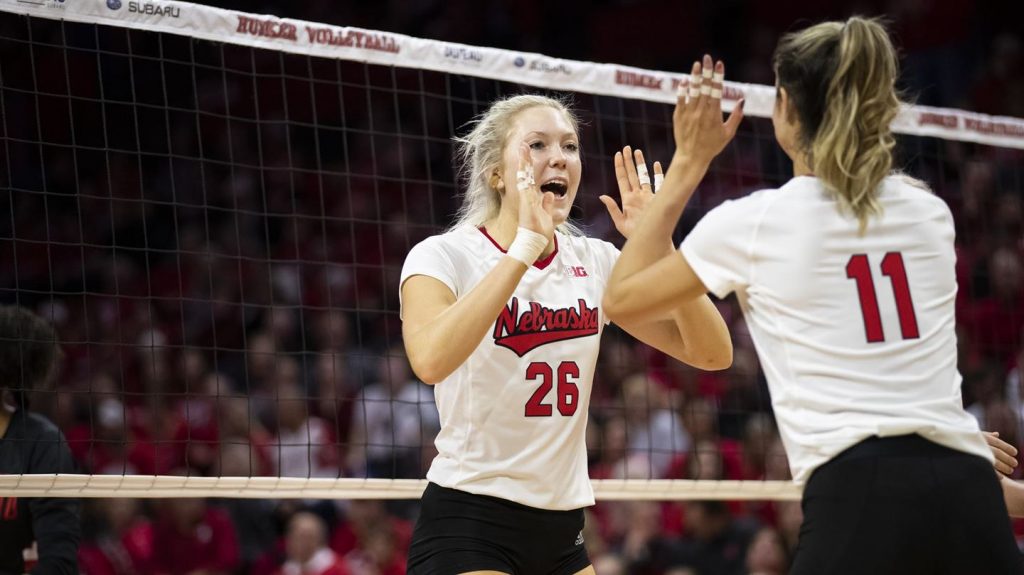 Nebraska volleyball seniors Lauren Stivrins and Lexi Sun were voted to the Preseason All-Big Ten Team by the league’s 14 head coaches on Wednesday. The coaches also tabbed the Huskers as the No. 3 team in the Big Ten Preseason Poll behind Wisconsin and Minnesota.

Stivrins is a two-time AVCA All-American and two-time All-Big Ten First-Team selection. She posted 2.55 kills per set, 1.07 blocks per set and a team-best .374 hitting percentage in 2019. The senior middle blocker led the Huskers to a .152 opponent hitting percentage as a junior, which ranked eighth in the nation. The Scottsdale, Arizona native also served nine aces and was a unanimous first-team All-Big Ten selection a year ago. She led the Huskers to an eighth straight NCAA Regional Final appearance and became the 32nd Husker all-time to earn multiple AVCA All-America honors in a career.

Sun earned her first ever All-America accolade in 2019 after leading the Huskers with 3.57 kills per set with 2.45 digs per set and 25 service aces. The native of Encinitas, California posted double-digit kills in 18 of 20 Big Ten matches and was a first-team All-Big Ten selection for the first time. She had 10 double-doubles as a junior, second-most on the team. Sun, a senior outside hitter, received AVCA All-America honorable mention as a freshman at Texas in 2017 before transferring to Nebraska.

Defending Big Ten champion and NCAA runner-up Wisconsin was the unanimous choice by the coaches as the top team in the Big Ten Preseason Poll. Minnesota, Nebraska, Penn State and Purdue rounded out the top five teams.