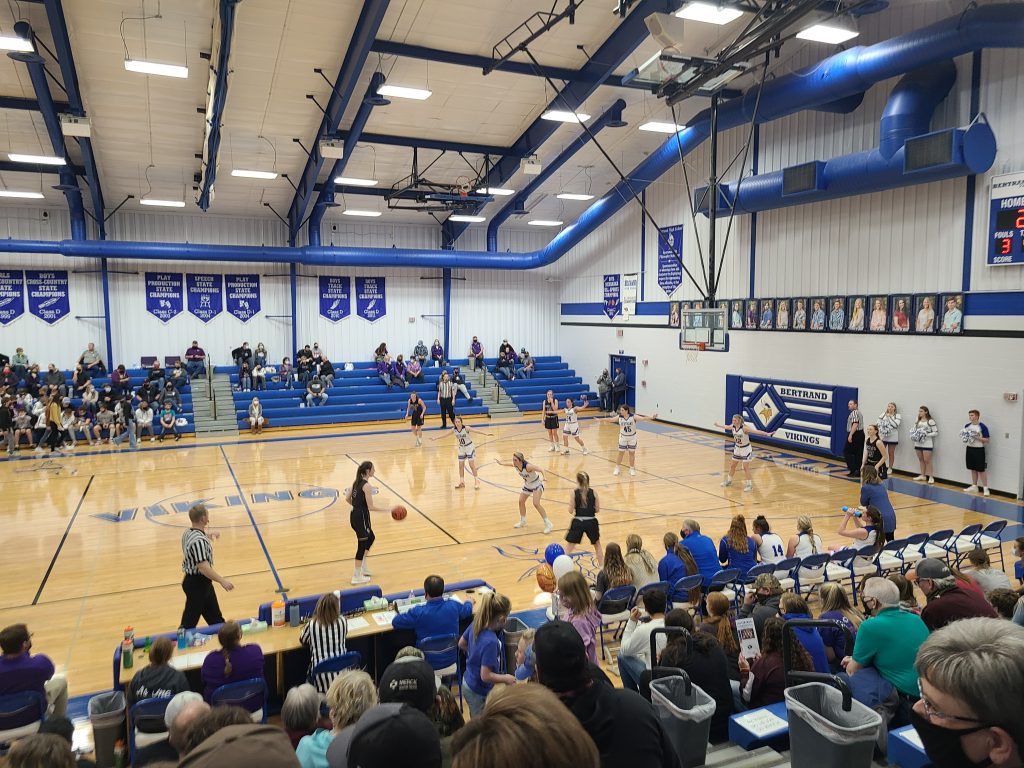 BERTRAND – The Southern Valley boys continue to improve and a huge night from Freshman Ann Bose, led to very good night for the Eagles as the girls knocked off Bertrand, 43-26 and the boys followed suit with 68-40 win over the Vikings.

In the girls game, it was a fast start for Southern Valley lead to a relatively easy win against a depleted Betrand team. The Eagles jumped out to an 18-2 after the first quarter. They were led by Bose who scored 13. The Freshman would finished with 28. Southern Valley had a 27-9 advantage going into halftime, despite not shooting the ball particularly well. The Vikings finished the game with a 16-6 fourth quarter, but it was too late. The Vikings were led by Kenzy Drain, who had 11.

In the boys game, it looked to be a tight ball game between two teams that were playing well. It started that way, as both team traded the lead at the beginning of the first quarter. However, all of the sudden, Southern Valley had an 11 points lead going in the second quarter and never looked back.

Southern Valley has built its reputation on defense and it showed tonight as they dominated a bigger Bertrand team. They increased their lead to 20 points and halftime. As he has much of the year, Clayton Berry led the team with 17 points, Carter Bose had 13. For the Vikings, Chonsey Bieker dropped in 11 points.

With the win Southern Valley moves to 9-1, while Betrand falls to 5-4.