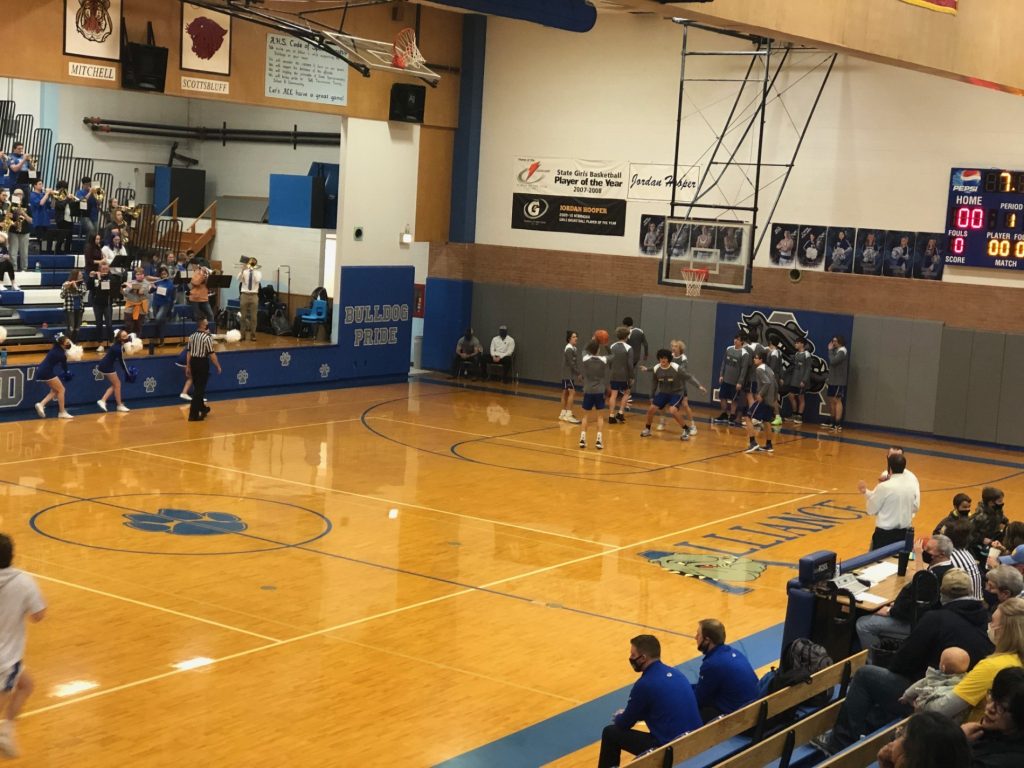 After beating Sidney by 35 a weekends back, Scottsbluff boys basketball coach Scott Gullion knew Monday night’s B-8 Subdistrict opener could be a classic trap game. He wasn’t wrong.

Sidney pulled the upset 48-44. It was not a pretty fourth quarter of basketball as Sidney struggled at times to take care of the ball or hit free throws and for Scottsbluff they were never able to capitalize to get a quick rally and the expected win.

Scottsbluff blew an eight point halftime lead. Tyler Harred finished with a game high 20 points for the Bearcats, 17 of which were scored in the first half. Sawyer Dickman led the Red Raiders with 16.

Jaeden Dillehay, who had not scored in the game, came up with two clutch free throws with :07 to play in the game to make it a four point game and effectively end it.

Scottsbluff now will be traveling for a District Final game on Saturday while Sidney moves into tonight’s championship game against Alliance.

Alliance was able to get a hard fought win over Gering last night, 52-43.

Gering threw the kitchen sink at Alliance star Caeson Clarke, using a box and one most of the night and playing physical with him with help defenders.

The game kept trending in Gering’s direction as this one moved along; Alliance led by 10 after the first quarter, they were up six at halftime and by the time the fourth quarter started it was 30-30.

Alliance got a couple key buckets from Clarke down the stretch and then eventually put the game away at the free throw line, hitting 12-13 at the stripe in the fourth quarter.

Brett Pszanka finished his career for Gering by scoring a team high 16 points.