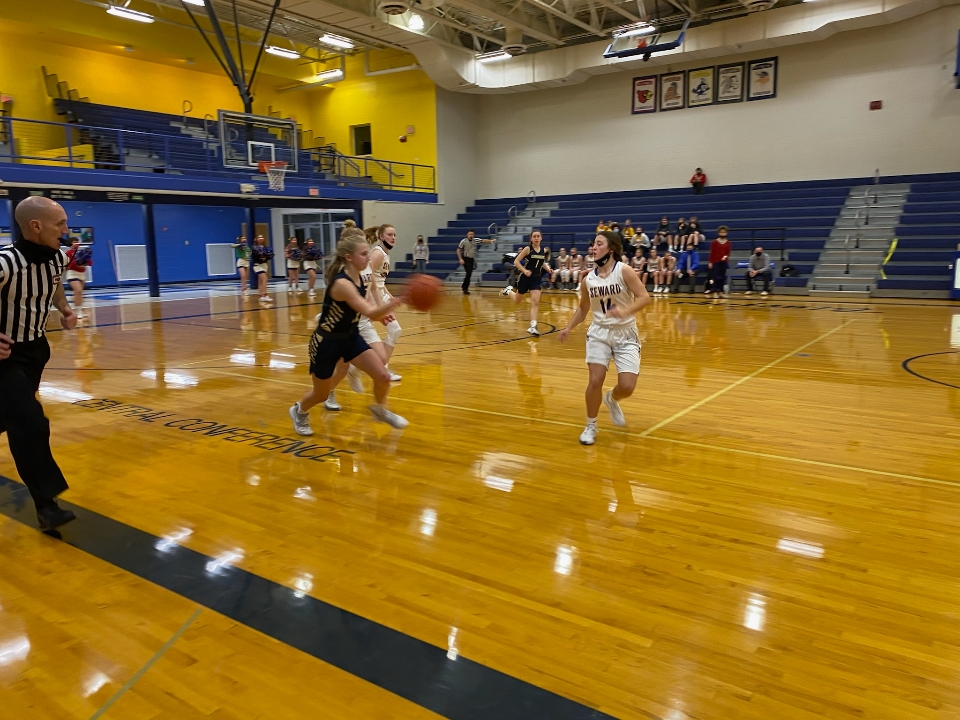 SEWARD- In girl’s high school basketball action Tuesday night in Seward, the Lincoln Lutheran Warriors took down the Seward Lady Jays 58-35. Lutheran (4-1) opened up an early 18-11 lead after one quarter and never looked back as they sent Seward (0-7) to their seventh straight loss. 6-3 junior Katelynn Oxley was too much for Seward, as she led all scorers with 19 points. Senior Abbey Ringler and sophomore Tarryn Hartman had 9 points apiece for Seward.

The boys contest went down to the wire, with Lincoln Lutheran winning 53-50 on a buzzer-beating 3-pointer by junior Josh Duitsman. Seward (0-6) came out strong, building a 12 point lead midway through the second quarter. A Warrior flurry closed the gap to 27-25 Seward at intermission. Lincoln Lutheran finally got their first lead of the game late in the third quarter, eventually opening up an eight-point cushion. But Seward refused to give up and clawed back to tie the game at 50 on a 30 ft. basket by sophomore Drew Covalt with 10 seconds to go, setting up Duitsman’s game-ending heroics. Covalt led the way for Seward with 15 points, while junior Traetyn Schaefer added 14. The Warriors (3-2) were led by senior Josh Puelz with 25 points, and his younger brother, sophomore Jonny Puelz, who scored 13.
© 2021 Nebraska Rural Radio Association. All rights reserved. Republishing, rebroadcasting, rewriting, redistributing prohibited. Copyright Information
Share: