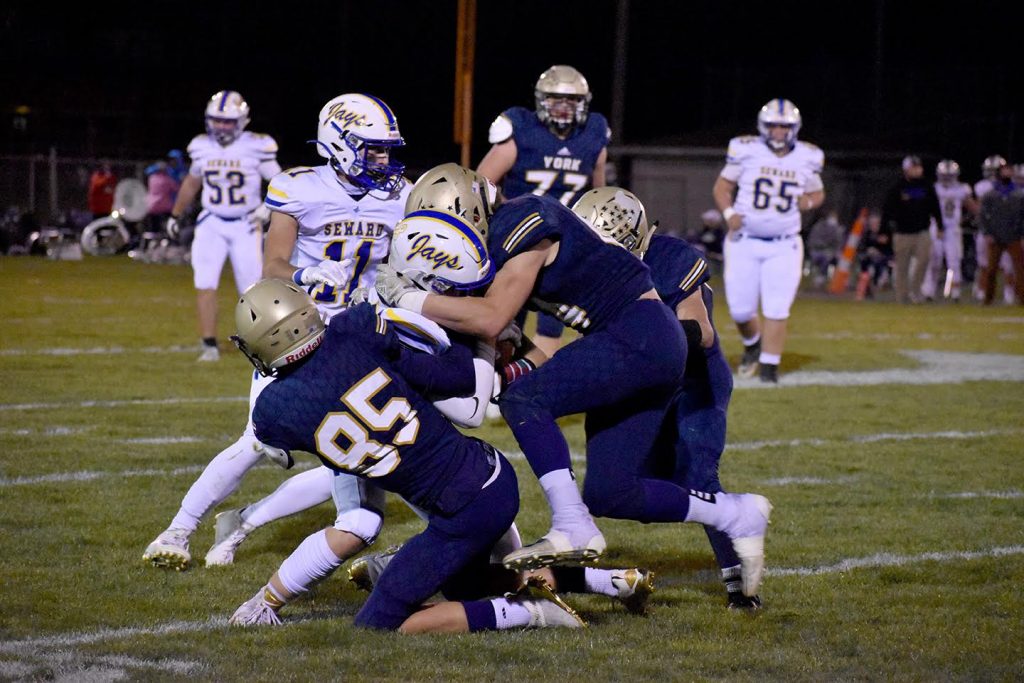 Seward Bluejays scored on their first two possessions and never looked back. Led by outstanding quarterback Gavin Sukup who ran for two touchdowns and had one interception. Jackson Anderson, playing for Nathan Pence, had six key catches for the Bluejays. Hunter Novacek and Mason Bisbee scored touchdowns
in the second half. Seward defense was outstanding in holding York to 3 points for the game. Seward improves to 3-5 and York drops to 2-5. The Bluejays host the 5th ranked Aurora Huskies on October 23rd.