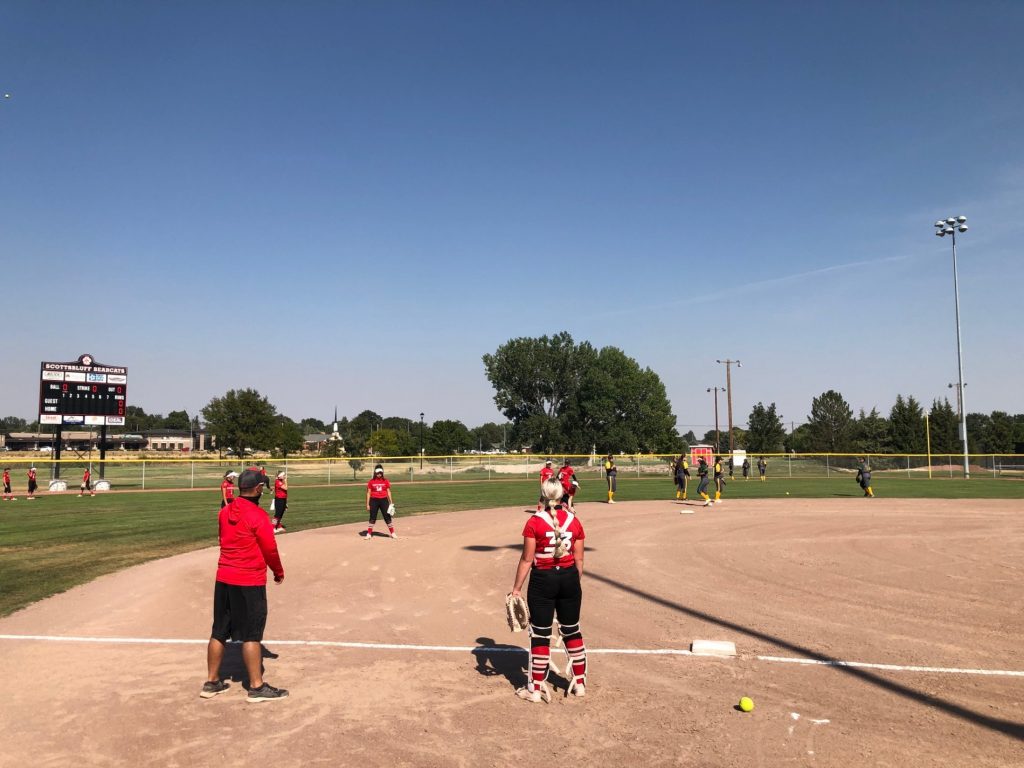 The Twin City Invite came featured a Twin City final on Saturday night at Scottsbluff High School with the Bearcats downing Gering for the title by the final of 9-3.

Scottsbluff touched up Gering pitcher Maddy Wiese early, getting four runs in the first inning. The Bearcats never trailed en route to their 15th win of the season.

Brady Laucomer finished 4-4 at the plate and scored three runs while Scottsbluff got a multi-RBI game from Alex Jones and extra base hits from Taryn Spady and Maddie Johnston.

Avery Fox was the winning pitcher for Scottsbluff and Wiese took the loss for Gering.

Scottsbluff is now 15-3 this year and they’ll travel to play a doubleheader at North Platte on Tuesday. Gering is now 11-5 and they’ll host Chase County on Tuesday.

We’ll carry the Gering vs. Chase County games on 106.9 The Trail and KHYYfm.com starting at 4:15 for pregame with first pitch at 4:30.