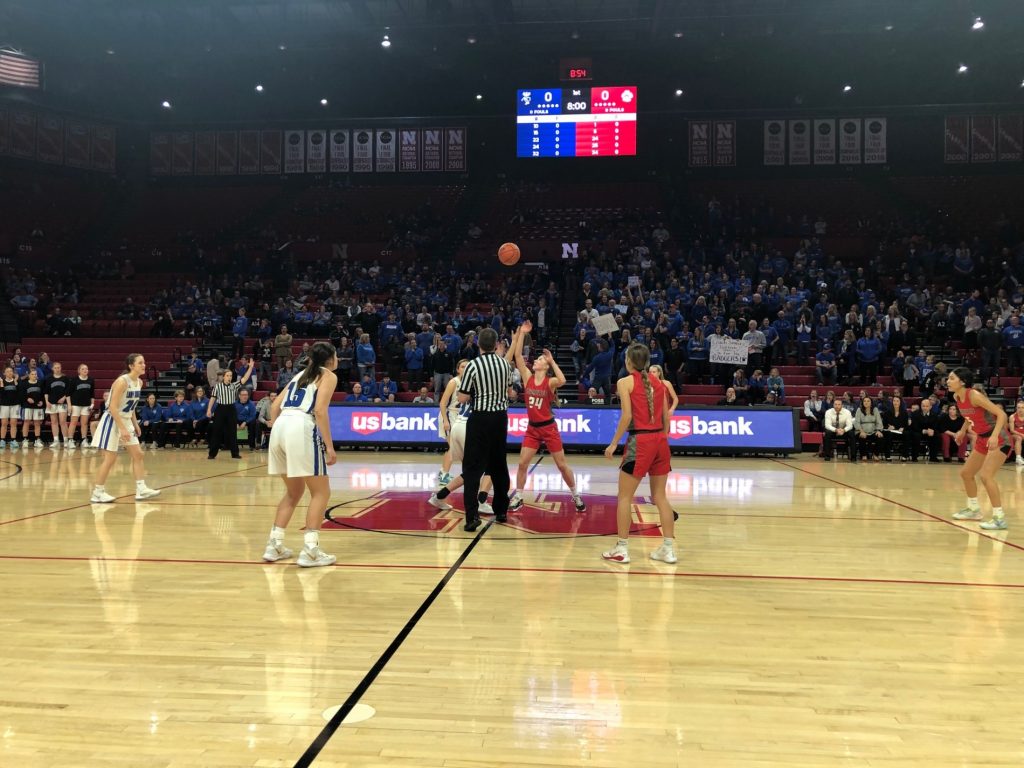 What a Thursday night for the Scottsbluff girls basketball team. For the first time in program history they picked up a win at the state tournament!

With a dominant second half showing the Lady Cats knocked off Bennington in round one of the Class B tournament, 57-47, at the Bob Devaney Sports Center in Lincoln.

A pair of seniors along with a freshman led the way for Scottsbluff.

Senior point guard Yara Garcia was not to be denied in this one, finishing with a game high 22 points. Garcia was able to get to her spots on the floor all night long on the drive.

Fellow senior Aubry Krentz got off to a fast start with five first quarter points and she  finished in double figures with 15, scoring in all four quarters.

The freshman who came up big was Sabrina Harsh. With a combination of low post scoring and some free throws to go along with rebounding, defense, and her shot blocking ability, Harsh was a force on both ends of the court.

Overall team defense (along with sloppy play from Bennington) was a major difference maker in the win. Scottsbluff forced 21 Bennington turnovers.

The Lady Cats held Bennington’s top scorer, Miley Prine, who came in averaging 17.5 points, to just 8 on the night.

The game was tied 30-30 at halftime but Scottsbluff took control immediately in the third quarter, outscoring the Badgers 16-8 in that key eight minute stretch.

With the win Scottsbluff advances to an afternoon game today to play Beatrice in the state semifinals at 2:45 MT at Pinnacle Bank Arena.

We’ll have coverage on the Rural Radio Network on 106.9 The Trail and KHYYfm.com starting at 2:30.

Beatrice, the two seed, knocked off Platteview, 51-47. Beatrice is a fundamentally sound team with some post presence to go along with solid play in the back court.

The Orange’s senior guard, Addison Barnard, went down with what looked like an ankle injury in the fourth quarter. She did return but was clearly hobbled. That will be something to keep an eye on today.

Top seed Crete needed overtime to beat Norris, 48-43. And it was Northwest with a big third quarter rally to take a lead on Sidney and then the Vikings won it in the final couple minutes of regulation; the final was 47-44.