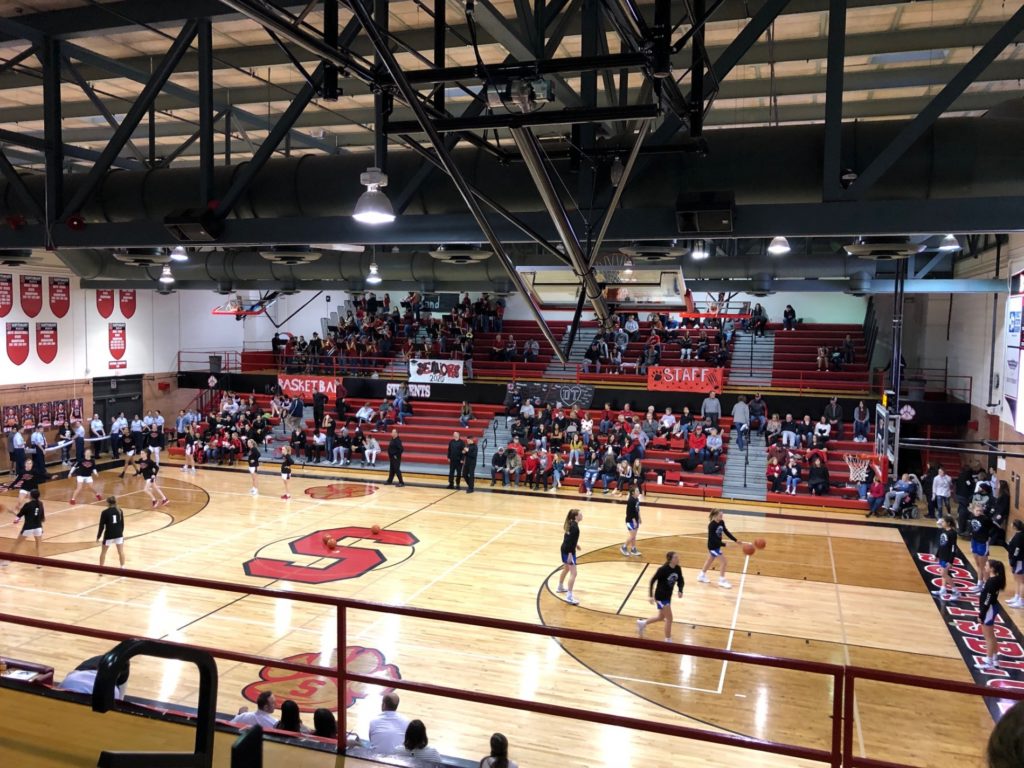 The Scottsbluff girls and boys each had isolated big games over the weekend that impacted postseason play as they hosted Alliance and Sidney.

On Friday night in the big game of the weekend for the Bearcat boys it was a 56-47 win over Alliance. Jasiya DeOllos led Scottsbluff with 31 points as the Cats won for the second time this season over their rival.

As expected on Saturday it was Scottsbluff rolling past Sidney by the final of 82-38. The running clock was in effect from late third quarter to the final buzzer.

Parker finished with a game high 13 rebounds and in the latest OWH Class B stats, Parker is leading all of Class B in rebounding this season.

Despite the 2-0 weekend the Scottsbluff boys have dropped to 3rd in power points trailing Omaha Skutt and Hastings.

The Scottsbluff girls won easily on Friday over Alliance by the final of 81-33 as Yara Garcia scored 29 points.

Saturday was their big showdown game of the weekend as they hosted Sidney. The Lady Raiders entered at 14-4 and sitting in 4th place in power points while Scottsbluff was 12-8 and in 5th in the power points standings (whoever leads in power points at the end of the regular season hosts the sub-district tournament starting next Monday).

Sidney on the strength of a hot start was able to get a key road win by the score of 60-49.

The Lady Raiders took control early with the combination of Nicole Birner and Karly Sylvester scoring 18 points in the first quarter as Sidney led after one 24-11.

Scottsbluff used the full court press to get themselves back into the game in the second half but they could never claw all the way back.

Sidney really did a nice job defensively against Scottsbluff star Yara Garcia. They held Garcia to 13 points and really cut off her driving lanes to the basketball with good help defense.

Garcia, Mariyah Avila, and Brady Laucomer all fouled out of the game for Scottsbluff.

Sidney had a balanced scoring attack led by Sylvester’s 17 points while Mattie Johnson and Birner each finished with 14 points.

With the win Sidney now in the drivers seat to host the sub-district tournament, they’re in 4th in power points with games still to go against Alliance and Chadron.

Scottsbluff dropped one spot to 6th in power points.

Both Scottsbluff teams have games at North Platte on Thursday and at McCook on Friday.

For the Gering teams this weekend there was just one combined win, that coming on Friday night as the boys knocked off Sidney 56-50.

Bryce Sherrell led the way in that one with 18 as the Bulldogs never trailed in the second half. Kolton Ebbers and Brett Pszanka also hit double figures in the win.

On Saturday the Gering boys fell at Wheatland by the final of 55-49. The Bulldogs are now 9-12 and showing up this morning in 18th place in the power points (top 16 go to a district final).

The Gering girls dropped both their games this past weekend; losing at home to Sidney on Friday night by the final of 53-35. Chloey Fries led Gering in scoring with 9 points.

And then on Saturday at Wheatland the Lady Bulldogs fell by the final of 65-45 to drop to 6-16 on the season. Taylor Philbrick and Macey Boggs each scored 12 in the loss.

The Gering teams are at McCook on Thursday and at North Platte on Friday.