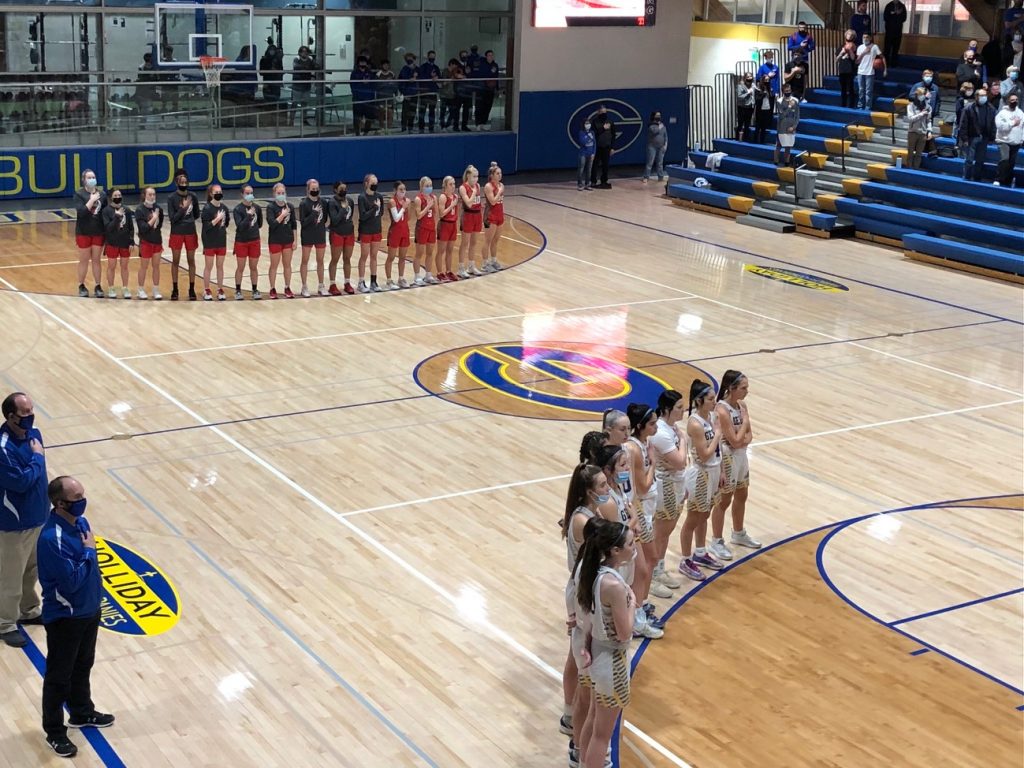 In a pair of entertaining games on Saturday it was the Scottsbluff girls and boys basketball teams picking up wins on the road at Gering.

The Scottsbluff girls entered a top ten Class B team but off back to back losses while Gering just got over .500 on Friday but also playing their best ball of the season with three straight wins.

This one was tied at the half 28-28 at halftime and after Scottsbluff took the lead by three at the end of the third quarter they were able to hold Gering to just two fourth quarter points and pull away for the 50-40 win.

Scottsbluff junior point guard Mariyah Avila was great. She finished with a game high 20 points. She did it from long range and on the drive, connecting on three 3-pointers and was her usual strong self taking the ball to the rim. Avila just knows how to play the game.

Also in double figures for Scottsbluff were Sabrina Harsh with 13 points and Payton Burda, who scored 11.

Gering was in foul trouble all night long and four key players finished with four fouls apiece. Carleigh Pszanka and Sydnee Winkler both finished with 12 points in the loss for Gering. Nickie Todd was a force on the glass for the Bulldogs.

Neither team shot the ball well at the foul line. Unofficially, Scottsbluff was 14-26 while Gering finished 8-16.

Similar to the girls game this one came down to the fourth quarter with Scottsbluff continuing their dominance over Gering with a 63-56 win.

The first half was back and forth. Scottsbluff led by nine after the first quarter and then Gering outpaced the Cats by seven in the second. Scottsbluff was leading  27-25.

In the third quarter the Gering combo of Jack Franklin combined to score 15 points as they surged in front by four at the end of three.

The fourth quarter belonged to Scottsbluff, though. Seven different players scored for the Bearcats and they clamped down defensively as they were able to pull away down the stretch to get their seventh win of the season.

For Scottsbluff it was Tyler Harre leading the team in scoring with 18 points. Trevor Schwartz came up with a big outing scoring 13 while Kellon Harris was also in double figures with 11 points.

Scottsbluff, it felt like, grabbed a ton of offensive boards in this one.

A key storyline last night was Gering missing senior guard Brett Pszanka, who was out with an ankle injury. When the chips were down last night Gering missed Pszanka’s senior leadership, game experience, and ability to score and handle the basketball.

Franklin finished with 20 (four 3-pointers) and Greeley finished with 15. Gering only had five players score but really everyone who played gave great effort and helped the team in some fashion. Eli Marez came off the bench and scored nine.